Disney+ dropped a new teaser and official first look for the upcoming Phineas and Ferb movie on 29 June.

The footage also highlighted the range of programming arriving on the streaming service throughout the summer. Disney Television Animation News took to its social media handles to announce the news.

Titled, Phineas and Ferb The Movie: Candace Against the Universe, this project marks the second tele-movie of the series and the first continuation of the series since the 2015 special O.W.C.A. Files.

It’s Me Against the Universe. but on HD!

The new 2D @Disney animated film since Winnie The Pooh is finally here, and we’re gonna be so BUSTED!

The new 2D Disney animated film since Winnie The Pooh it’s finally here, and we’re gonna be so BUSTED! – read the caption on Twitter and Facebook.

Phineas and Ferb The Movie: Candace Against the Universe will be released exclusively on Disney+ this summer, though no official date has been revealed yet.

Phineas and Ferb The Movie: Candace Against the Universe co-creator Dan Povenmire told EW, “It’s a tightrope walk when you have a whole generation [of fans] that you know are going to tune into this, and you want to give them stuff, but you also want to give the new people something that they can digest. But we just wanted to make sure that the people who grew up with Phineas and Ferb would love the movie. We’re hoping that this show gets watched in college dorm rooms all over the country.” 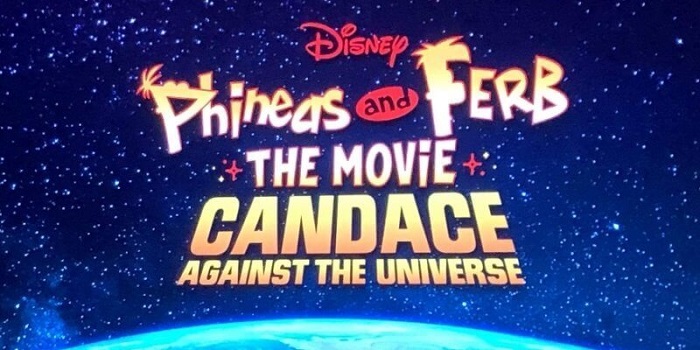 The official description for the movie reads: Phineas & Ferb The Movie: Candace Against the Universe will pick up five years after summer ended and will follow Phineas and Ferb travel across the galaxy to rescue their sister Candace, who has been abducted by aliens and has found utopia in a far-off planet, free of pesky little brothers.

Candace Against the Universe brings back Povenmire and his co-creator Jeff Marsh as executive producers, and the film is set to bring back much of the cast from the show, including Ashley Tisdale (Candace Flynn), Vincent Martella (Phineas Flynn), Caroline Rhea (Linda), Dee Bradley Baker (Perry the Platypus), Alyson Stoner (Isabella), Maulik Pancholy (Baljeet), Bobby Gaylor (Buford), Olivia Olson (Vanessa), Tyler Mann (Carl), and Povenmire and Marsh of course, who will reprise their roles as Dr. Heinz Doofenshmirtz and Major Monogram. The movie will feature a new Ferb however, with the role being played by David Errigo Jr.