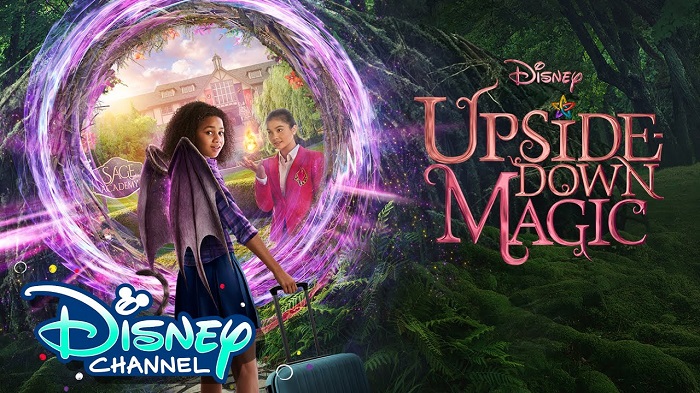 As 13-year-old Nory Boxwood Horace (Rose) and her best friend Reina Carvajal (Agudong) enter the Sage Academy for Magical Studies, Reina’s expert ability to harness the power of fire lands her at the top of her class of Flares, but Nory’s wonky magic and proclivity for turning into herself into a “Dritten”—a half-kitten, half-dragon—lands her in a class for those with upside-down magic, or UDM, led by the wisecracking groundskeeper and “professor” Budd Skriff (Howard). While stern Headmaster Knightslinger (Lewis) believes the UDM’s unconventional powers leave them vulnerable to dangerous and evil “shadow magic,” Nory and her fellow classmates set out to prove that upside-down magic beats right-side up.

Upside-Down Magic is slated to premiere on 31 July on Disney Channel and will also be available on DisneyNOW beginning 1 August.