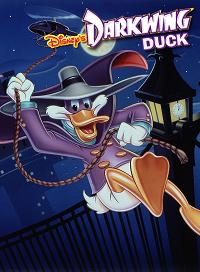 Disney’s ‘Darkwing Duck’ is making a comeback on its action channel Disney XD. Disney has announced that the beloved crime-fighting duck will be getting a reboot series, but unfortunately, fans will have to wait a while since the new ‘Darkwing Duck’ will be premiering only sometime in 2018.

According to Disney XD: “Our new series will bring that same energy and bumbling crime-fighting spirit that fans have come to love about Darkwing Duck. We’re also going to add a gritty look that this generation of kids love. It’s our goal that fans of old and new will enjoy the new Darkwing Duck.”

So one will get to see Darkwing Duck, Gosalyn Mallard, Launchpad, Negaduck, Megavolt, Bushroot, Quackerjack and the Liquidator return for the brand new series.If you can’t watch Disney Plus in your region, use one of these free and inexpensive VPN services for Disney Plus.