Imagine three bears stacked on top of each other, walking around in public places, trying to be friendly with humans, clicking selfies and posting pictures online. Sounds funny, eh? Well, it looks even more hilarious. Meet Grizzly, Panda and Ice Bear from the animated comedy TV series We Bare Bears, created by Daniel Chong.

Living in the Bay area of Berkeley, California, affected Chong’s appreciation for bears. “You see bears everywhere. So I think it just gets into your system,” laughed Chong. We Bare Bears is about three bear brothers who are trying to integrate into the human society. “People don’t freak out at the sight of them, but don’t really enjoy their presence either.” The bears are outcasts. Chong wanted to put them in a situation that would alienate them as much as possible, and “I felt that the modern world would accentuate that a little bit,” he explained. “Everyone’s on their phones, involved in their own thing. So I felt that the modern world would be a good antagonist for the bears.”

The bears are exactly like the actors who play them. Eric Edelstein (Grizzly) is lovable and outgoing. “He’s a guy who has his arms stretched out and just wants to embrace the world. That’s exactly who Eric is and that’s exactly who Grizzly is,” Chong shared. Bobby Moynihan (Panda), who came in through auditions had a sweetness and gentleness to his voice, a perfect match for Panda. Demetri Martin (Ice Bear) is able to deliver lines succinctly, quickly and pointedly, as Ice Bear’s character demands. “He doesn’t say a lot, but for what he says, it’s very on point.”

In the latest episodes, the bears try to become internet famous by posting their stuff online. So will they succeed in fitting into the human civilisation? “There will be exciting twists coming up,” Chong replied. The story will take us through the life of bears before they met Ice Bear. There will also be an episode showing Ice Bear as a cub on his own, trying to survive and find a home before all the bears got together.

The show, which across EMEA (Europe, Middle East and Africa) is available in 19 languages and in over 142 million households in 70 countries, lays emphasis on storytelling. It shows the emotional side of the bears and their relationship with each other. “I think they have good intentions and want to do the right thing. They can’t always, but I think viewers find such characters to be honest and real.” 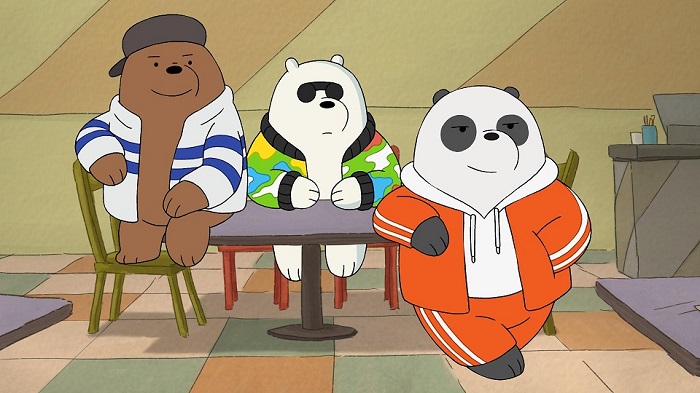 U.K. has an interactive We Bare Bears microsite that can be accessed via the Cartoon Network website there. On the website, one can play the show-themed games, watch videos and win prizes too. Chong also has plans to explore the gaming segment with the bears. There are plans for a movie too. “I would like to keep exploring bigger stories like this moving forward,” he said.

After interning at an animation studio at a young age, Daniel realised that being a story artist is what interested him. “Those guys got to write, draw and come up with all the business of the episodes. That’s something I gravitated toward, because I loved drawing cartoons and comics,” he recalled. Having worked at Disney, Blue Sky Studios, Pixar, Nickelodeon, and with people like Chris Sanders and John Lasseter, Chong feels that he has been influenced and shaped in a way that makes it possible for him to run his show.

“With We Bare Bears we’re hoping to give audiences something they’ve never seen before. We never set out to make a show for just kids, but a show that all ages will love and appreciate. The combination of cute and simple designs with more complex and modern stories will help relate to anyone who’s willing to watch it,” he concluded.