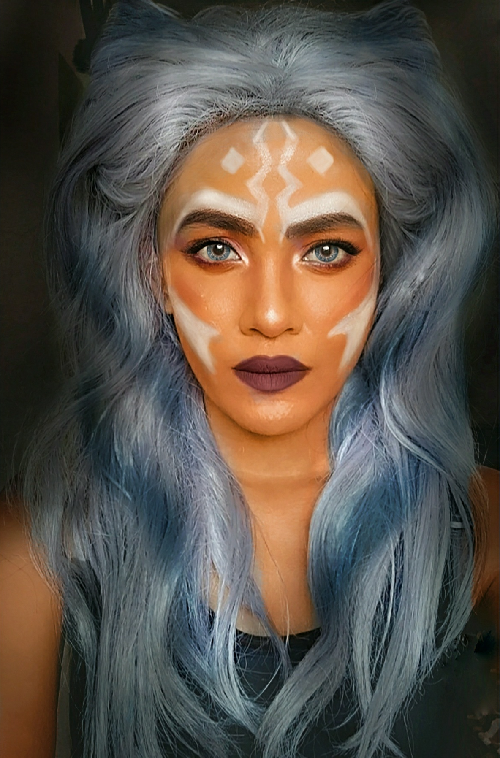 Star Wars Day was just celebrated couple of days ago. May Fourth’ sounds similar to ‘May the force’, and this is the sole reason why fans of the Star Wars franchise decided that 4 May will be celebrated as Star Wars Day.

Star Wars is a huge universe of some of the best written characters and fan favourite heores called Jedis and villains called Sith lords. Cosplayer Medha Srivastava showed her love for the franchise by attempting makeup of Ahsoka Tano as a fan creation. “I always loved strong significant female characters portrayed in movies or series alike. Ahsoka Tano is one such character. She’s fun, she’s spunky, loyal, kind and sticks up for her friends and her ideals,” said she.

Srivastava had been contemplating to try Ahsoka since long but because of the lack of resources , she didn’t. “Ahsoka’s headdress is a mark of great prowess. The triangular pieces are akul teeth, gained as a trophy for single-handedly defeating one of the predatory animals on the Togruta homeworld,” added she.

Srivastava who was tempted to try the character’s makeup replicated the headdress with a silver wig. The character Ahsoka has an orangish skin tone and Srivastava wanted to make it look very natural, which she definitely managed to.

“Before I was a cosplayer, I used to design my favourite characters on paper. But after I discovered cosplay, I do not just design them I also transform into them. And that is the magic of cosplay,” Srivastava concluded.

Her cosplay has received amazing response from netizens and her attempt became the top post on Star Wars Reddit. This amazing cosplay will have a permanent place in every Star War fan’s heart. Way to go girl! We cannot wait for many more makeovers from you.