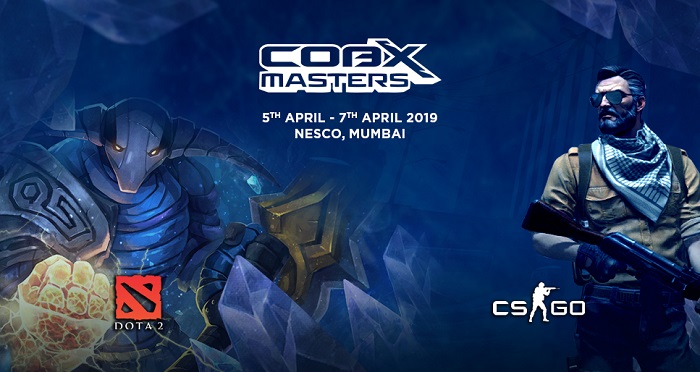 Cobx Gaming, announces Cobx Masters, India’s largest multi-title international esports tournament to be held from 5 to 7  April 2019 at Bombay Exhibition Centre, Mumbai. This is the second leg of the Cobx Masters announced earlier last year, the Phase I of which was successfully conducted during the summer of 2018 across 10 cities in India.

The tournament will have a massive prize pool of approximately $200,000 which has been increased since its first announcement and will be split equally across two titles; Dota 2 and Counter Strike: Global Offensive. The structure of the tournament is given below. 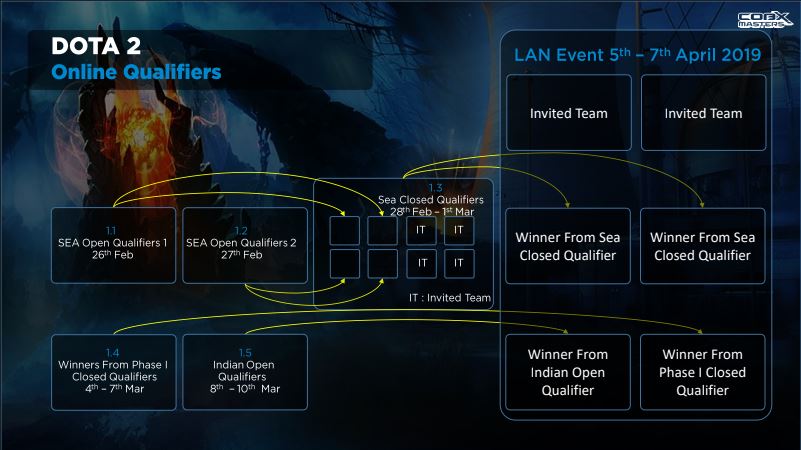 The structure will be the same for Dota 2 and CS:GO. The dates for the qualifiers are givebelow.2 SEA open qualifiers: 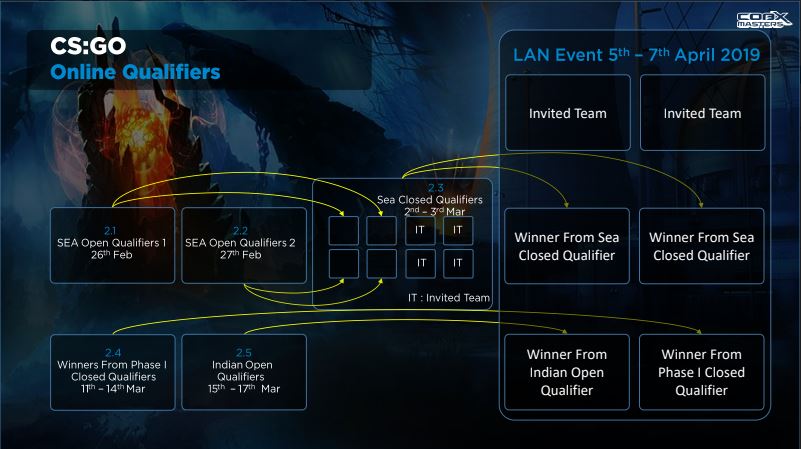