Netflix has launched a new trailer for the Castlevania: Season 3.. The new trailer doesn’t reveal too much but it does give us some sense of what to expect from the new season.

Although our three heroes – Alucard, Trevor Belmont and Sypha Belnades –  succeeded in their common goal of slaying Dracula in Season 2, the world seems to be a dangerous place in Season 3. Given the action-oriented take here, it’s clear a great many monsters will be tackled with. 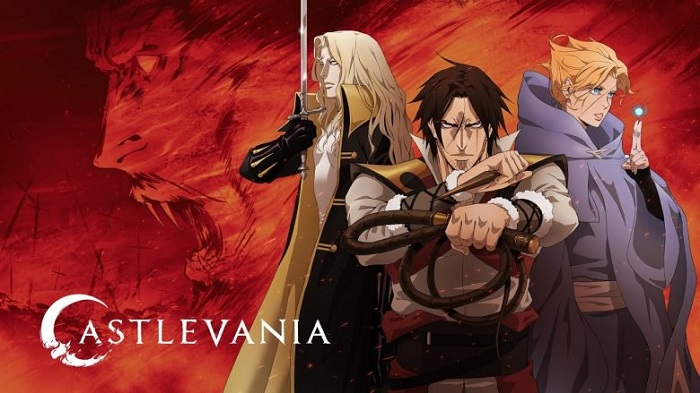 The first two seasons adapt the 1989 entry Castlevania III: Dracula’s Curse and follow Trevor Belmont, Alucard and Sypha Belnades as they defend the nation of Wallachia from Dracula and his minions. … A ten-episode third season has been greenlit by Netflix and is scheduled for release on March 5, 2020.

Trailer gives proof that vampire queen Carmilla will become the series new main villain (or at least one of them) in Season three. She already played a major character in Season 2, plotting behind the scenes and playing Dracula’s bloodlust to her advantage.

Inspired by the popular video game series, this anime series is a dark medieval fantasy. It follows the last surviving member of the disgraced Belmont clan, Trevor Belmont, trying to save Eastern Europe from extinction at the hands of Vlad Dracula Tepes. As Dracula and his legion of vampires prepare

This fight between Dracula and Carmilla is one of the most exciting deviations between the animated series and the games (where Carmilla is generally more of a secondary villain faithful to Dracula). However it’s an apt one, given the source material from which Castlevania is borrowing from. The character of Carmilla actually predates Bram Stoker’s Dracula novel by seventy years.

Regarding Isaac, we’d his mad love to Dracula will put him at loggerheads with both our heroes and Carmilla. One of the shots in the trailer reveals that Carmilla may be caught off guard by an unexpected threat, which could well be Isaac.The animated series is geared up for return on Thursday, 5  March 2020