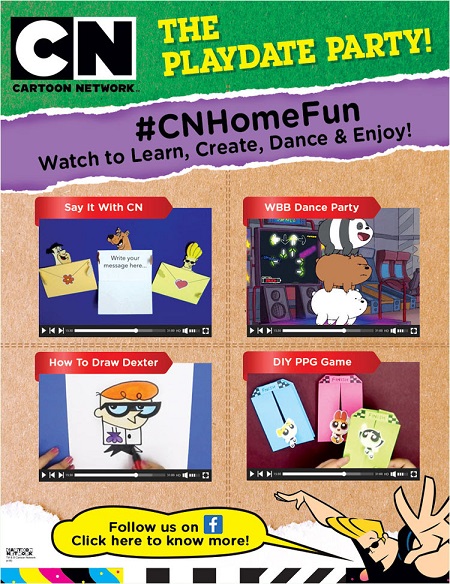 Going with the trend, Cartoon Network (CN) has launched campaign #CNHomeFun, to keep kids occupied and save them from boredom amid this pandemic!

The campaign aims at keeping fans entertained during quarantine with their favourite cartoons like Bandbudh aur Budbak, Dexter’s Laboratory and The Powerpuff Girls. Under this campaign fans/kids can learn to draw their favourite toons and make DIY crafts, do fitness exercises, and other activities till June 2020.