Cartoon Network Journeys VR is a new virtual reality game that will allow players to experience the stories of a one-winged bee, a court jester and a potential Supreme Being after an encounter with a traveling wizard in a cosmic desert oasis. After meeting with Gormlorm (voiced by Reggie Watts), who serves as a guide through the game’s multiverse, players can explore the stories in three different dimensions. 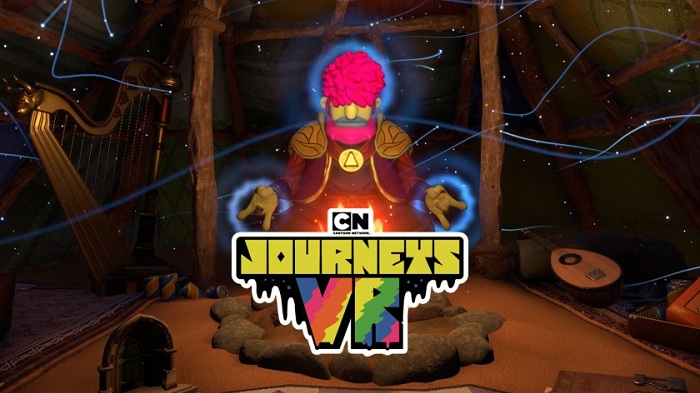 The official description of the three immersive journeys players will be guided through by the wizard, Gormlorm, after first meeting in a cosmic desert as as under:

Jest to Impress: Transform into a jester performing for the King and his royal court. Give it your all to impress the King, but if your comedic acts fall flat, be prepared to meet your doom.

Beyond Beeville: As an outcast one-winged bee, you must save your colony from collapse by teaming up with your pollen companion, Penny. Explore the garden, solve puzzles, and discover secrets beyond the hive.

Kosma Kwest: You have been summoned to the cosmic plane by Kosma, The Supreme Being, to be evaluated as a potential successor. Complete four lessons of the cosmos and take your place on the celestial throne.

How excited are you to play it?