Johnny Lever gets an animated series to his name!
Skip to content
Animation Latest News

The Indian comedy veteran, Johnny Lever is getting animated!

Yolo Media in association with writer Sukhwant Kalsi, is creating a 3D animated series based on the legendary Bollywood comedian. Titled Johny Lever, the series consists of 52 episodes of 11 minutes for season one.

In a first of its kind in India, a famous Bollywood actor/comedian will have its own animated series, similar to that of immensely popular and cult series, Mr. Bean, as the makers informed. 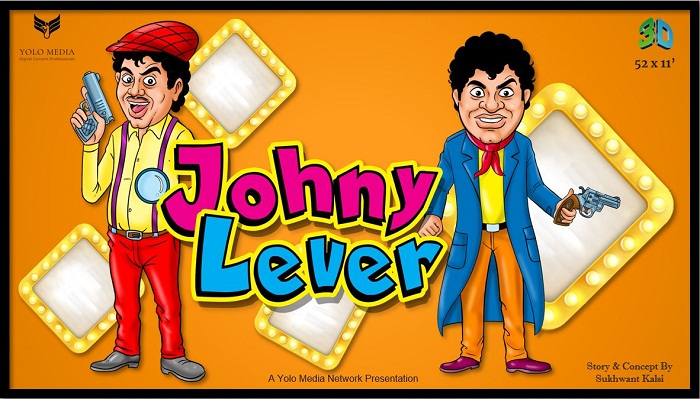 Yolo Media, earlier SGN Mediaworks, is a digital content studio dedicated to IP acquisition, development, production and distribution of animation and live action content in the Indian subcontinent. They acquire, create and distribute compelling visual content for entertainment endeavours. For, Johny Lever, they have an in house animation team based out of Pune and Delhi who are creating the animation, with Yolo Media and Kalsi having full creative control.

In an exclusive interaction with Animation Xpress, Lever exclaimed, “I’m looking forward to have some amazing experience to be involved with this series. We’ve just started conceptualising and developing the series. I really liked the story and I hope people will enjoy this globally across all ages.”

The idea of the series, Johny Lever, is the brainchild of Kalsi and Yolo Media managing partner and director Kishor Shrivastav who saw great potential in the concept and decided to give it a shot. The IP is co-owned by YOLO media and Kalsi while Lever is a partner in this project.

Noted Shrivastav, “I see some fantastic times ahead with this new animated show coming soon. We’re very excited about this, as Lever Sahab’s mannerisms are sure to attract audience irrespective of their age. We want to take the stories of the series in a different age segment for kids and teenagers. We did research on the kind of movies that he has done and his enviable popularity among kids, even in recent films. We firmly believe that Johny Lever will have a very good scope in road cast channels, despite OTT being a bigger medium.  But in terms of kids, liner television we feel is more appropriate. We have a couple of teasers ready for the launch, which we’ll announce the series real soon.”

Kalsi, who has penned the script as well as the songs, is a known name in the industry with a lot of comic titles to his credit. He shared about his journey and how his connection with Lever goes back a long time. Said he, “When I came to Mumbai from Kanpur, I got a show like Bhuvan Shekhar which I thoroughly enjoyed. I also wrote jokes on Lalu Ji, Sonia Ji, Vajpayee ji and even Manmohan Ji. My experience from being a cartoonist was transformed to the electronic media, when I did Johnny Ala re, from which my bond with Johnny Bhai became strong. Then I did Raju Srivastava Show, Comedy Nights with Kapil and more. I’ve written for Navjot Singh Siddhu since the Laughter Challenge Days. I wrote more of Stand Up Comedy. Despite my formal training in animation from Fourth Dimension Studio in Malaysia, there was not much work in the field back in the ‘90s. So I started writing comics for children. One of which, Junior James Bond, was a huge success in print and was made into an animated series, Chacha Bhatija, currently airing on the Disney Channel which again has become quite popular. After that, I wanted to do something big and different, so I started writing Johny Lever.”

Khalsi also has another IP under his belt, named as Murkhistan which is available on Tata Sky and will soon be made into an animated series. Lever too has shared his insights and inputs in the writing process. Enquiring if we will see any real life experiences of Lever in the series, the veteran informed, “Yes, of course. That’s how we are going to add more fun to the show. I’ve shared few experiences with Kalsi Bhai as we’ve worked closely previously too. We hope to make it fun and very entertaining for kids. Even my children are very happy and excited. They also highly encouraged me to take this up.

The times of 2006-07, when there were hardly any Indian animated IPs, are long gone. Over the years the numbers have grown exponentially, especially in the past two years with the animated IP rush. Now, almost 70 per cent of animated series on TV right now are Indian IPs, and the digits will only grow in terms of techniques, storytelling and other aspects as it’s a very dynamic space and every stakeholder will definitely try to capitalise this space in the coming times. And Johny Lever is a prime example for that!

Watch the video to know more :