Blockchain technology has wowed and mystified tech-enthusiasts around the world. Touted to have the capacity to disrupt the conventional ways in which the processes are carried out, Blockchain has been emerging as an enigmatic game-changer yet people scarcely have awareness of the full extent of its applications. In order to get a grasp on the intricacies of blockchain technology, we spoke to Lumiere CEO Patrice Poujol who is a PhD holder on matters of Blockchain.

Dr Poujol is also an EnTech research expert and a film practitioner. He has 8-year experience in the financial sector and movie finance and 12-year experience as a creative consultant and producer in the movie industry. In 2018, he obtained the first PhD worldwide on the integration of blockchain technology in Creative Media (CityU Hong Kong) through academic exchange with UCLA and participation in the MEFTI programme organised by MIT. I just wanted to know just a little bit about blockchain where more focus will be on India What are your plans? How do you foresee the market? Well, we don’t have an exclusive focus on India but funnily enough and this is not something we forced or anything, we have been dealing with some foreign developers, especially in India. Our team is scattered around the world: Hong Kong, Mainland China, USA (San Francisco, Los Angeles), Ecuador, Europe … So It’s completely already decentralised in a way. Going back to India, and quite frankly it was surprising but India came to us rather than we going to India. We had an article with Anshul Padyal from Humans of blockchain He writes articles about people behind the blockchain project. He was extremely excited about blockchain technologies. He is a computer scientist. I saw a lot of interest coming from India and I saw a presentation on how Blockchain can be used for media. I won’t tell you much about the technology but you should come to the panel tomorrow. It’s like the developments of the Internet in 1995. it’s a nascent technology which can have applications in a lot of different fields. I personally know people who started with finance but it has a lot of applications like in Healthcare now, identity, what I mean identity is not “BIG BROTHER” it means when refugee crisis like it happened in Syria. It’s a way to track certain data, not necessarily to say HEY YOU SHOULD BE HERE or YOU’RE DOING SOMETHING WRONG, NO. It’s also a way to keep people safe, if you lose your passport, for example, UNICEF as well there was a hearing for example, where they were giving people value so they can actually buy food, could have a decent living experience. I haven’t been on the ground with these projects so maybe you would want to research about them. 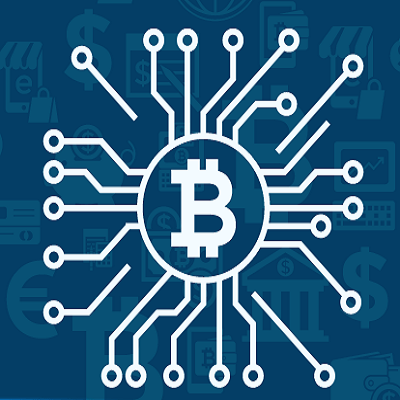 I know Ethereum foundation… Yes, it has many applications, supply chain management is another sector. I have my doubts about some aspects of it but at some level, it can work with a lot of sectors. It works particularly well with digital assets. Whether it is about certificate or music or anything that has to do with the creative industry because creative industries are digitised now. Suppose you’ve got an E-book coming out, then you can just get the printout or download it. It’s very simple, you just sign in and that’s it. It’s E now. E-Book, E-Library, CD’s are passé now. Who uses CD’s now? (laughs) Everything is so accessible now. It’s about accessibility you know anytime, anywhere. I can instantly find my favourite music at the click of a button. It’s not to say that the physical copies have been wiped out. People still use VHS, vinyl for music but the big chunk of the market is non-physical now. it is digital. When you look at blockchain technology its absolutely possible to have any digital asset recorded in a blockchain, which makes it very easy to track right from the moment it is produced. Companies such as Cinemarket and Vuulr allow the trading (buying/selling) of these rights on their platforms. You will also see people on the panel whose business models can make piracy a thing of the past. make it redundant, that’s the beauty of it. you don’t even need it. The legacy industry has tried to watermark all the content trying to find ways to trace back all the perpetrators trying to find people who are downloading the content immediately and they could never do it successfully but blockchain is thinking about it differently. The current models can shift up to a point where people can watch content for a smaller fee like with White Rabbit, for free, or even in some cases be paid to watch content like with TATATU. Some of these models are consolidating, like White Rabbit and Cinemarket who have integrated their activities to form Motion. The entire business model is shifting, once you have these new models in place, piracy will be irrelevant – why would you pirate content when someone is actually paying you to watch it? 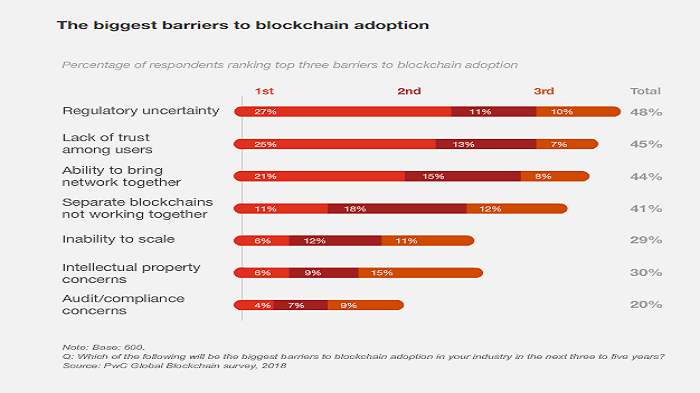 True, it’s only a matter of time as to when it becomes available. When you pirate, there is always the potentiality of a virus, spybots, etc. Once these models are fully adopted and go through, people in the future will laugh about it saying hey that’s what we used to do (piracy) which doesn’t make sense in the current context. Then there is a distribution aspect which means traceability in the creative universe that has music and arts under its umbrella, it means that you have centres of power, its about power. Power is at the centre of it. which means money is centralised, it means if you’re a creator it will be very difficult sometime unless you are extremely famous to get paid or to be paid on time and you can ask around. I have seen that first hand. What blockchain allows is instead of having a human intervention in the system of accountancy with a lot of intermediaries paying you royalties which can be a very lengthy process very costly paper waste which takes time takes forever two years with the royalties that you are going to have. Even for producers, if you want to make your next film, you have to wait for a long time. You have to wait a year and a half before you make your next film but with this system if it’s designed properly, you can collect your royalties direct into your own account (wallet) within days automatically and through micropayments because the problem with royalties and the world we live in today is that they can not send you in paper it is all in cheques so they accumulate on a collection account and when it reaches a certain level then you get paid but with micropayments somebody clicks and only for ten cents and you get paid on it, the transfer doesn’t cost much compared to cheque processing or even a wire transfer with a bank. While these micro-payments are not processed for free, their cost is bound to be fractional. I don’t want to talk too much about crypto, I’d prefer if you stayed with Blockchain because the thing about cryptos is that it’s another topic altogether. 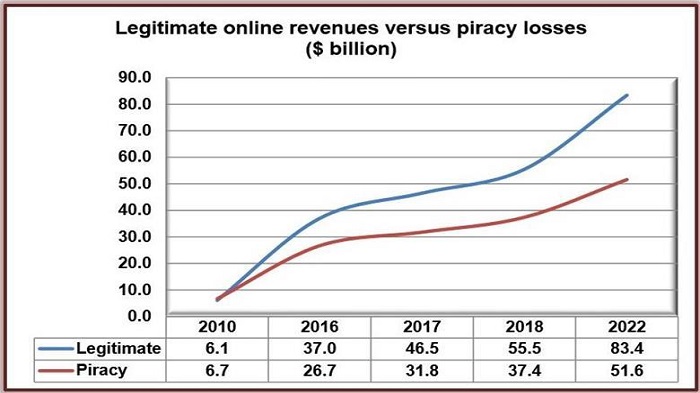