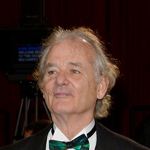 Comedy king Bill Murray has reportedly joined the voice cast of Disney’s upcoming live-action/CG reboot of Rudyard Kipling’s The Jungle Book, playing Mowgli’s best bud Baloo. The film is due out in 3D and standard theaters 9 October, 2015 and is directed by Jon Favreau from a script by Justin Marks.