Latest News
The 20th Asia TV Forum & Market (ATF), Asia’s leading entertainment content and conference, closed off on a strong note on 6 December 2019, with a congregation of more than 5,700 content players from 60 countries and regions. Against a backdrop of changing tides, this continued growth reflects industry confidence in the annual affair, which was co-located with the 9th ScreenSingapore.

ATF and ScreenSingapore Group Project director Yeow Hui Leng, said, “With the ever-changing industry landscape and consumption patterns, coupled with the rise of Asia, this year’s theme – ‘Streaming the Future’, serves as a timely reminder that content remains king in the new digital era of streaming platforms. ATF is committed to put out the best in class content where delegates can gain fresh insights and partnerships to navigate the dynamic entertainment content landscape.“

Compared to 2018, the event saw a 5 per ccent growth in size. Key Asian brands and major international studios in attendance included CBS Studios International, Paramount Pictures, Sony Pictures Television, The Walt Disney Company, Viacom International Studios and Warner Bros. International Television Distribution. In line with the theme of “Streaming the Future”, there was a huge increase in the number of digital platforms participating at ATF, such as Alibaba Youku, Baidu Haokan, Google Play, Hoichoi, HOOQ, iQIYI, Netflix, Viu and Youtube. 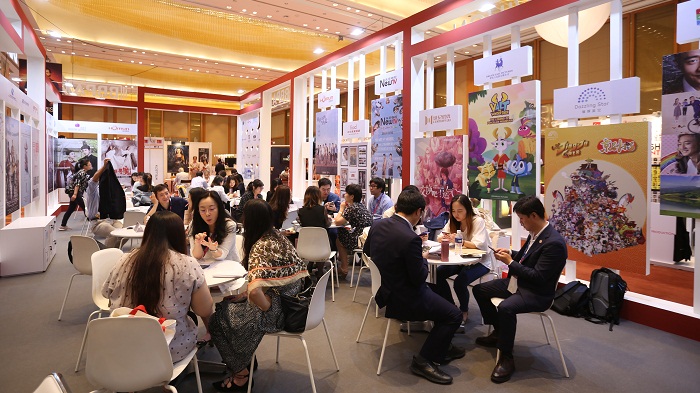 Underpinning ATF and ScreenSingapore’s position as an important platform where deals are sealed, the market was abuzz with a host of deals and partnerships. The announcements include:

Hoichoi Technologies Revenue & Strategy head Soumya Mukherjee added, “ATF is one of the biggest markets in Asia and a very good platform to bring Bengali content to an international forum – that’s one of the key drivers for Hoichoi to be here.”

Opening doors to Asia and beyond for up-and-coming talents

In line with ATF and ScreenSingapore’s commitment to nurturing Asian talent, the ATF Animation, Chinese and Formats Pitches, along with the SAFF Project Market, made their comeback this year and named 11 projects as winners. These were backed by industry players and associations such as G.H.Y Culture & Media (ATF Chinese Pitch), Gold Green Animation Pvt Ltd (ATF Animation Pitch) and the Southeast Asian Audio-Visual Association (SAFF Project Market).

Under the umbrella of Singapore Media Festival, the next edition of ATF and ScreenSingapore is slated to return from 1 to 4 December 2020.