The Asia TV Forum and Market (ATF) has lately announced the first batch of keynotes to appear at the ATF Leaders’ Summit 2018 that will take place on 4 December.

Themed ‘The Next New’, the day promises to deliver forward-looking strategies and features prominent players in the industry. 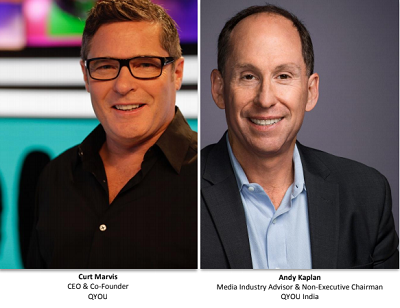 Among the keynotes, QYOU CEO and co-­founder Curt Marvis, a company which licenses, curates, packages and distributes premium digital first short form videos. With programming distributed on six continents to millions of customers, QYOU is emerging as a leader in the rapidly expanding global distribution of premium short-form video.

Marvis previously served as Lionsgate’s president of digital media, where he helped guide the company’s broad spectrum of digital distribution agreements. In addition, while at Lionsgate, Marvis successfully launched original content channels, series and games in partnership with YouTube, Hulu and Machinima, which formed the basis of the digitally distributed series that are being developed by major studios today.

The rise of India has put the sub-continent as a priority on many players’ list, including ATF which curated its inaugural kids’ programming Summit in Hyderabad on 31 August 2018.

ATF’s Content Connection Day (5 December), as well as its Production Day (6 December), will also see K7 Media managing director Keri Lewis Brown, taking the stage for the highly popular session where the top fresh content from Asia is revealed. ATF is co-located with ‘ScreenSingapore’ and is part of the Singapore Media Festival (SMF).