Asia TV Forum & Market (ATF) is the region’s leading entertainment content event – it is the platform of the calibre to acquire knowledge, network, buy, sell, finance, distribute and co-produce across all platforms. It is the premier stage in Asia to engage with the entertainment industry’s top players from around the world. It is where the best minds meet and the future of Asia’s content is shaped.

The 19th edition of Asia TV Forum & Market (ATF) was a tremendous success with 58 countries and regions, 19 pavilions, more than 5,600 executives and over 313US$ million deals made during the four-day event.

ATF also offers the opportunity to discover vital trends, crucial statistics and significant foresight in TV’s digital, kids and formats arenas. Its business matchmaking opportunities open doors to some of the best new offerings in the region.

The market was equally vibrant and rich this year, with the latest content for multiple platforms from content sellers and buyers from over 60 countries. Additionally, networking activities on the market floor provided opportunities for buyers and sellers to meet their desired counterparts. 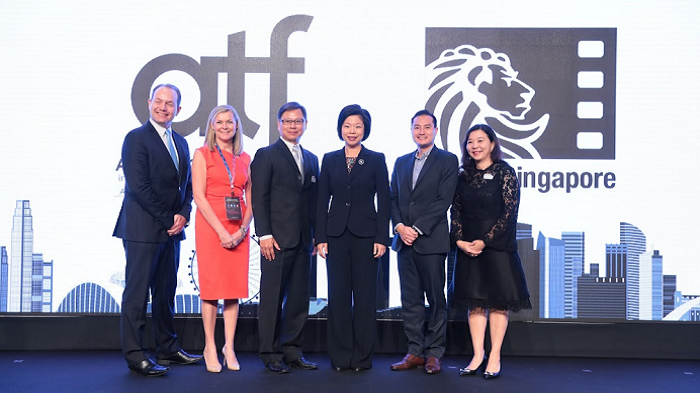 Few formats that were shown during the event are: ‘Fandom Survival of the Fan’, ‘Big Picture family from SBS; ‘Cooking Box’, ‘ 300: War of United Voices’ from CJ ENM and ‘My ID is Gangnam Beauty’, ‘I’ve fallen for You’ from JTBC. 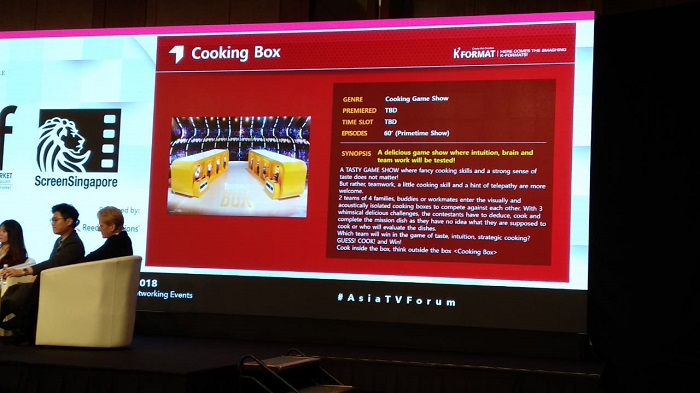 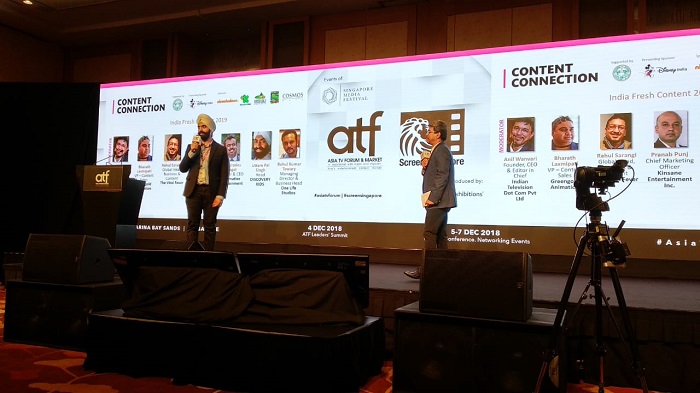 The slate of fresh content that was showcased in the event from the exciting market of Asia included Mighty Bheem, I’m Mature, Yeh Meri Family, Street Stars, Little Singham, Fruits vs Veggies and Chandragupta Maurya. 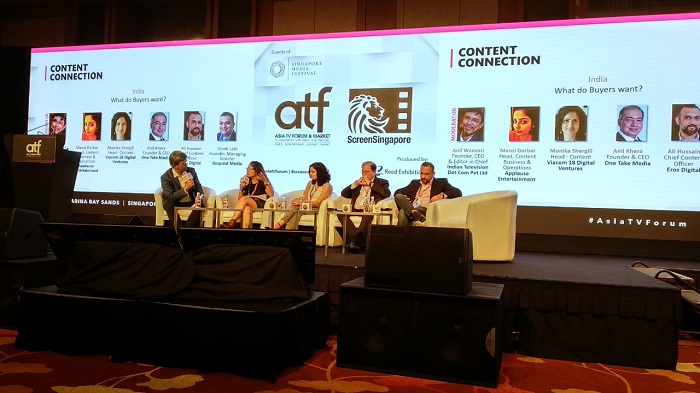 India’s vastly expanding in TV and OTT ecosystems continue to demand oodles of content even as new players launching their channels and platforms. With competition running rife, the panellists took a closer look at what Indian buyers want from the standpoint of international distributors. Few Pointers:

One Take Media has identified Korean formats as important and one of the most popular genres. They are the biggest importers of Korean content and provide the same without any ad breaks like Netflix and Amazon. They’re introducing Turkish content that will roll out in January 2019.

Eros Now has recently announced to launch 100 originals in 2019. For which they have come to ATF to look for partners and distribution options in South East Asia. 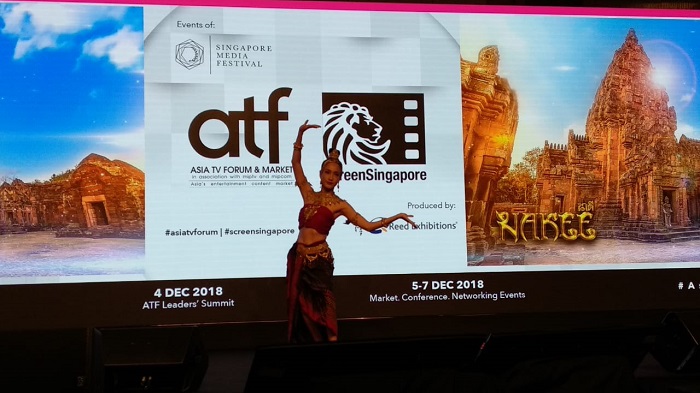 The fresh content from Thailand showcased few talents coming down to ATF and giving a live performance. The actors were a part of one of the most famous movies, Nakee, which had the greatest collection at the box office ever in Thailand, 50$ million US so far. Nakee revolves around a giant serpent returning to avenge the wrongdoings done to her. 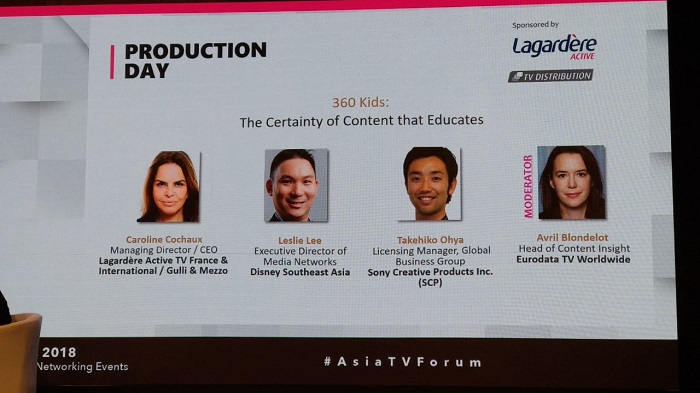 The ‘360 Kids: The Certainty of Educational Content’ discussed education being holistic where the main purpose would be to educate children without them knowing about it and having fun. The authentic approach and storytelling should include suitable writing and execution.

As Asia’s leading content market, ATF believes not just in presenting the best content, but also in supporting outstanding talent through three competitions.

The ATF Chinese Pitch is a partnership with GHY Culture and Media. Targeted at Asian content creators, this pitching competition will bring innovative concepts for new and original scripts for theatrical or online movies, or online drama series to fruition in China. 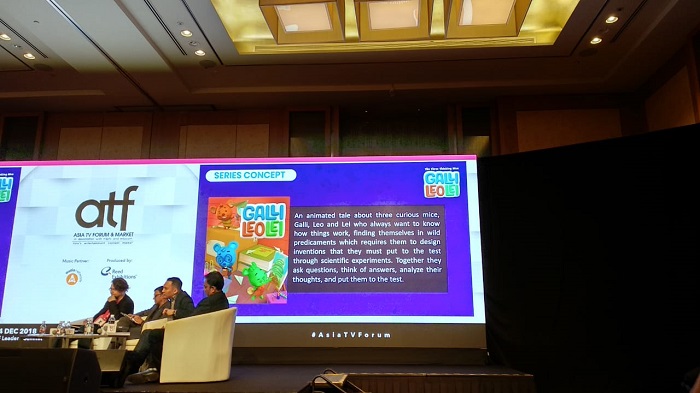 With the tagline “DREAM. BELIEVE. AND FINALLY… DARE”, the ATF Animation Pitch is the premier Asian pitching competition catered to individuals, students and small-medium sized companies with new and innovative concepts in animation that target at kids. This is a platform that showcases Asian originality and exposes ideas for export and development outside of the region. Hosted by Green Gold Animation, the pitch saw Circus from New Zealand (Jack of All Trades), Floating Co. from China (The Cootie Academy), Kumata Studios from Indonesia (Galli Leo Lei), Anima Istanbul from Turkey (Robot Mobot) and Infinite Studios from Singapore pitching their exciting and unique formats. Galli Leo Lei emerged as the winner. 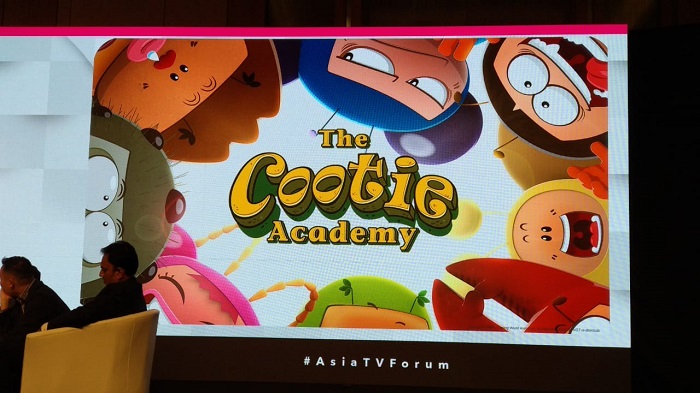 For creators and producers of new and original non-scripted entertainment formats in Asia, the ATF Formats Pitch will showcase the best of Asia and expose ideas for export and development both inside and outside the region. Seranade, from a Malaysian female duo won the pitch which was about impressing a celebrity by six seranadors.