FX has announced the official home video release date for the season of Archer, their long-running animated spy comedy.

In the latest season, Archer went to Danger Island for a spying expedition. In this version of the show, contemporary spies are sent back to the beginning of World War two, where Archer poses as a seaplane pilot. 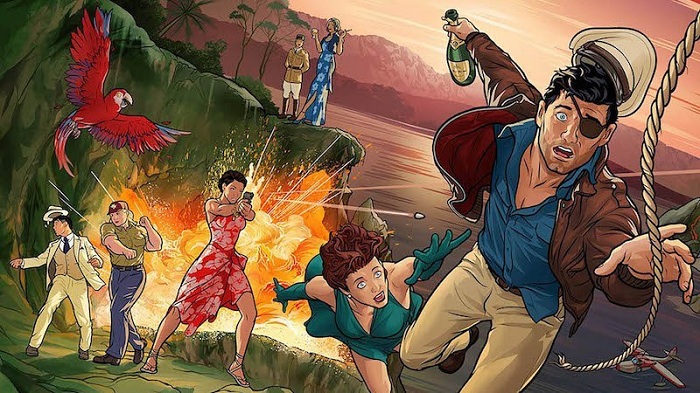 Get ready for a change of scenery with the semi-functioning alcoholic seaplane pilot, Sterling Archer, a lush on the lush South Pacific island of Mitimotu in 1939. While the rest of the world is concerned about the impending Second World War, Archer is only concerned with who’s buying his next drink. Along with his trusty co-pilot Pam, Archer must navigate quicksand, cannibals, super-intelligent monkeys, poison darts, pirates, and did we mention quicksand? Enter the mysterious and deadly world of Archer: Danger Island when all eight episodes from Season nine arrive on DVD 2 April along with exotic special features.

The series will be available to watch on DVD on 2 April. As with most FX shows, the series has left Netflix and found a home on Hulu, which is partially owned by FX’s parent company, 20th Century Fox. If you are a Hulu subscriber, you can watch the show on Monday, 25 February 2019 when hits the service.