The 13th edition of Animation Production Days (APD) drew to a close in Stuttgart. During the last two days, around 800 one-on-one meetings between producers and potential production and financing partners for new animation projects have been held in Stuttgart’s L-Bank. APD is the most important business platform for animation projects in Germany and takes place every year as part of the Stuttgart International Festival of Animated Film (ITFS) and FMX – Conference on Animation, Effects, Games and Immersive Media.

“A spirit of optimism is prevailing in the industry, something we also noticed in the high number and consistently excellent quality of the submitted projects. There is a huge programming demand from the buyers. For this reason, we are confident that many of these projects will find a successful path to production,” said APD head Marlene Wagener. 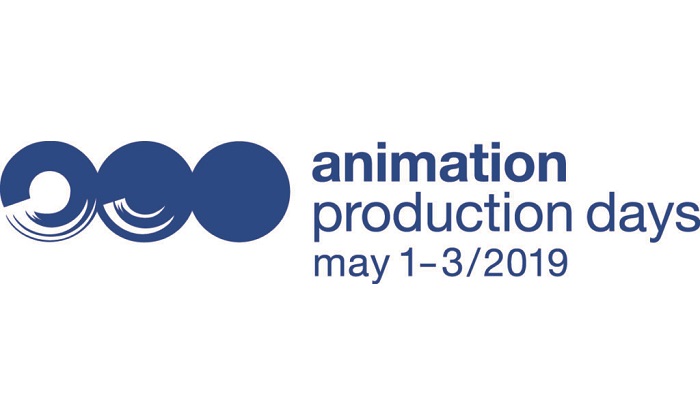 This year, the jury selected 50 projects with a combined production value of around 180 million Euros to be presented at APD. Alongside classic children’s series and family films, cross-media concepts, games, VR projects and online formats were also represented, including numerous projects for teenage and adult audiences. Subject matters ranged from edutainment, comedy, adventure stories and fantasy for kids, to historical and political material, animated documentaries, satire and science fiction. The 165 participants from 23 countries discussed financing strategies and co-operations for these projects in around 800 one-on-one meetings and at various APD networking events.

“The animation industry is undergoing a disruptive transformation too, but this is also providing a great chance for new formats and content. I’m delighted that APD is reacting to this potential via the opportunities given to and the integration of new players like streaming platforms. Thus, linking the two ITFS events, the Trickstar Professional Awards and the mini-conference on VR, AI and Blockchain – New Business Models for Animation to APD makes a lot of sense,” commented ITFS managing director – programme and APD co-organiser Ulrich Wegenast.

Alongside German TV channels ZDF, KiKA, SWR, HR, MDR, Super RTL and Disney, big European and international broadcasters were also represented including the BBC, Canal+, France Télévisions, Turner, Sony Pictures Television and DHX, as well as numerous world sales agents. Streaming services such as Amazon Prime Video and Hopster also proved to be popular meeting partners. Over 300 visitors attended this year’s APD conference which took place on Thursday afternoon in the rotunda of Stuttgart’s L-Bank, and which was also open to industry guests from FMX and ITFS.

“We also sense the aforementioned spirit of optimism from the international animation industry in the ITFS which we want to support with additional industry events. With these and FMX we are a beacon of the German animation scene shining far beyond Europe,” APD co-organiser and ITFS organisation and finance Dieter Krauß.

“We are particularly delighted that up-and-coming talents presented such original and highly promising projects at this year’s APD. Young filmmakers are using their short films as springboards for ambitious series with international appeal. Hopefully, these talents will find the partners to help them finance and produce their projects,” APD co-organiser and FMX conference chair Andreas Hykade.

This year, the programme once again culminated in the animation festival’s Trickstar Professional Awards Gala. As part of the gala, the ITFS presents business-related prizes such as the German Animation Screenplay Award, which this year went to Xavier Romero and Llorenç Español for the screenplay “Aisha’s Light”; the prize for Germany’s Next Animation Talent, which went to Elisabeth Jakobi for her project “Juli auf dem Zauberberg (Juli on the Magic Mountain)”; the Arab Animation Forum Pitching Award which went to the project “Traitors of the Eyes” by Abdelrahman Dnewar und Saad Dnewar; and last but not least, the Trickstar Business Award itself. Presented this year for the third time, the Trickstar Business Award recognises new business models in the animation industry. The winner was the Danish company Copenhagen Bombay with their project “CoboStories”, with a Special Mention going to “Smosh Mosh” by Kinky Udders Ludwigsburg, a project that was also presented at the 2019 APD.

“It’s a good way to get started. People are super sweet, helping us with our project. We very much like the atmosphere: so many people from different countries and different backgrounds,” participants of the APD Young Talent Programme Piotr Chmielewski (Poland) and Julie Peitersen (Denmark) commented.

Turner Broadcasting, UK Zia Bales said, “For us it’s a very useful event. We can meet new partners here that we cannot meet at other markets. And it’s a very focused atmosphere, you really have time to talk.”

As part of the cooperation with CARTOON, European Association of Animation, two German producers once again this year are being given the opportunity to pitch their series project at the CARTOON Forum taking place in Toulouse in September. The first two places on the list went to Boots & Paws (Studio Soi Filmproduktion) and Spookies (Wolkenlenker). Tradewind Pictures may present their project Tafiti – Through the Desert at CARTOON Movie next year in Bordeaux.