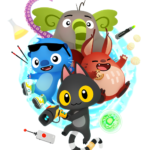 In the world that’s taken over by relentless competition, where people are running behind success to reach the sky, we often forget to live the small moments, losing out on most of the simple pleasures of life. Many a times, I wonder how much time do we devote to ourselves or our passion that drive us; that let us do something beyond our comfort zone. And this is what animated series Giri Guru is all about.

Originating from a small group of professionals (based out of Hong Kong) from the film and VFX industry, who took that leap of faith and quit their jobs to follow their passion, Giri Guru is a playful reminder to take a short break from an increasingly busy life to have a moment of fun, being curious and enjoy the smaller things in life.

The team that has created this adorable and funny series with a hidden message in it, consists of Morten Jaeger (director), Jessica Siu (producer), Henning Sanden (technical director), Emilie Stabell (artist) and Lisa Siu (PR and community manager). Before Giri Guru, the members of this team worked in different sectors, such as advertising, games and VFX. Their  portfolios include a wide array of top-notch projects such as Pacific Rim, Alien, Guardians of the Galaxy, Harry Potter, A Monster Calls, Sherlock Gnomes, Rabbids Invasions, and many more.

Speaking to AnimationXpress, Jessica revealed the inspiration behind this series: “Creating and telling stories is something that everyone in our team is passionate about. We all have a strong desire to work with like-minded people, so I suggested that we take it a step further, it was only natural that we formed a company together to turn our dreams into a reality. Having studied degrees in art, animation and storytelling, we were confident that we could create something truly special together and that special something is Giri Guru.”

Releasing every Wednesday on YouTube, Instagram, Weibo and bilibili, up until the beginning of May this year, Giri Guru consists of 16 short format episodes lasting from 30 to 60 seconds. The title of this cute series is sure to attract kids and adults alike, as the words are influenced by a phrase from Hong Kong that equates to the rumbling of one’s stomach. 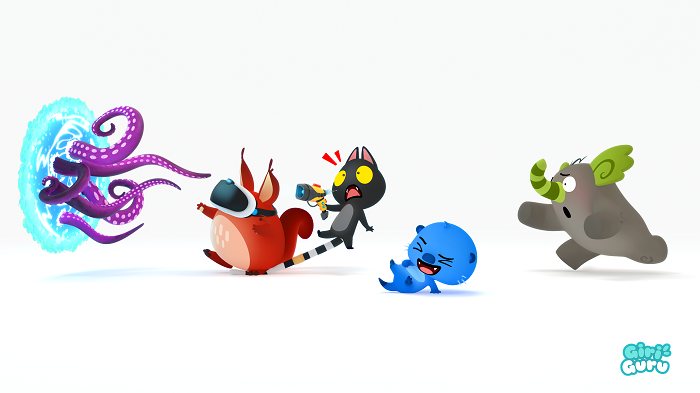 Jessica mentioned, “As Giri Guru is based out of Hong Kong, we wanted to create a name that would be both relatable to everyone and represent Hong Kong at the same time. The phrase represents the sound of rumble when you’re hungry – a gentle reminder to eat, fill our stomachs and be happy. Our goal has always been to remind people to have fun and find happiness. Our lives only become busier as we grow older, and so we hope to remind people to enjoy the little things in life. Giri Guru is therefore a simple reminder to be happy.”

Though targeted at kids and young adults, the message Giri Guru spreads, is universal. The series makes audience believe in the magic of creation, to be curious, never lose hope even if things don’t go as planned, and to surround themselves with good friends while they do so. The animated comedy presently has 16 episodes lined up, with one OVA episode. However, the makers are planning on producing many more to extend the universe of Giri Guru.

Jessica added, “We have many stories to tell and we are too excited to share them with the world.  We’re currently releasing the episodes across social media platforms. Eventually, we hope to get in contact with TV networks so that Giri Guru can be seen on cartoon channels around the world. It would be a big dream come true for our team to see our hard work make it into people’s living rooms.” 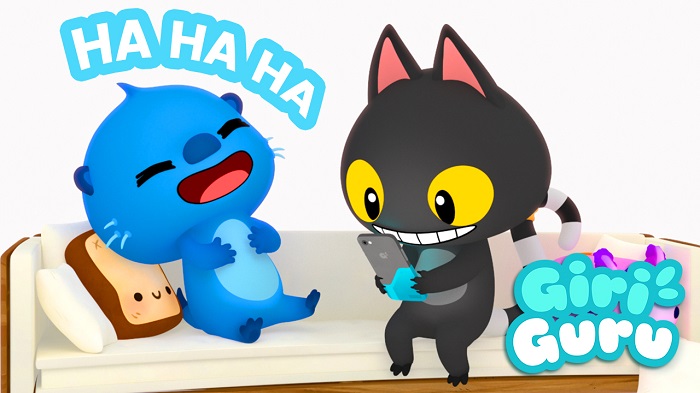 What captures attention of the series is its clever, smart treatment and execution. With stunningly simple yet captivating animation, Giri Guru makes a mark and triggers you to think about the lesson it intends to preach.  The short episodes seemed that the series is quite influenced by scientific inventions which are sure to grab attention and take one by surprise.

“We’re all lovers of science-fiction, so thinking up scientific inventions for the episodes is a definite joy for us. Also, we hope that they’ll also inspire our audience to be curious and exercise their own inventiveness and creativity… The visuals and animation in Giri Guru are things we are most proud of. With the white background and colourful characters, we’ve done our best to create a simple yet bold look that’s meant to really make the animation shine. It’s all about how the characters behave and act when facing challenging and new situations, so we’ve removed anything that could distract from their story,” commented Jessica. 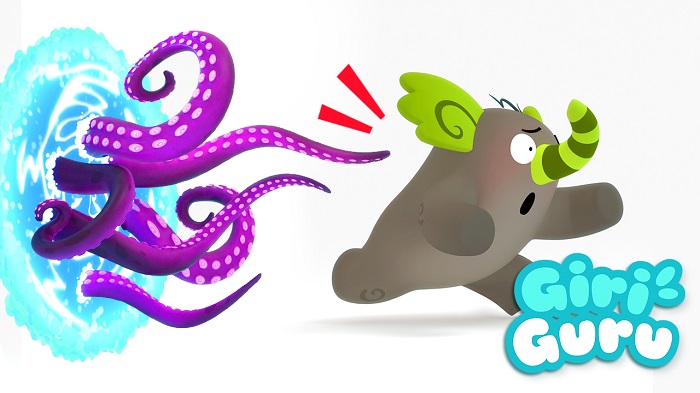 Currently, this animation team is working hard on several projects including creating episodes for Giri Guru season two and promoting the series to new audiences. “We also support our team members in their own individual projects. One project we are very proud to support is Flipped Normals, a public platform, created by Morten and Henning, which provides tutorials, tools and assets for individuals in the VFX, game and animation industries,” concluded Jessica.

With interesting line up, we can hope to witness some amazing content from these talented minds. Cheers to Giri Guru! Cheers to self-love!