BENGALURU: Pitches, buyers, sellers, pitch-inars were the lynchpins of the third edition of the business to business (B2B) animation, visual FX, games and comics (AVGC) summit by ABAI which started on 30 November 2018. The two-day event was kick-started by ABAI’s secretary B S Srinivas welcoming the buyers and sellers to the event. Next, ABAI’s president and Technicolor India country head Biren Ghose spoke to the buyers of content and the sellers or pitchers about the flow of the event along with few pointers to the participants. ”The Bengaluru ABAI B2B AVGC Summit in its third edition has already become a community. The Karnataka Government sponsored event – a subset of the Bengaluru Tech Summit – has proven yet again that the city can become a springboard for where creativity meets commerce. Bengaluru is keen to help develop IP locally and bring the city’s innovation and technology to the animation gaming and VFX sector. The connect of ABAI spans all elements of the value chain – from ideation, development, production and distribution of content. MNCs and SMEs across these sectors have an amazing opportunity to flourish and grow as the digital content ecosystem is enhanced by initiatives that the industry and the government jointly create. In these 3 editions, Abai’s B2B and GAFX have brought over 100 companies and individuals presenting a unique global access for networking, collaboration and investments. We are confident these marketplaces will progressively take a prominent place on the global calendar of media events,” explained Ghose.

Eighteen buyers from across the world heard pitches from 35 content creators over two days. The products on offer ranged from animation to AR and VR and comics. Each pair – a buyer team and a seller team, had a fifteen-minute time frame before the seller moved onto the next allotted table. The pitching sessions were interspaced with pitch-inars during which experts – these were the buyers, spoke on various topics. There were two pitch-inars comprising of two sessions each on the first day and one pitch-inar also comprising of two sessions on the second day. 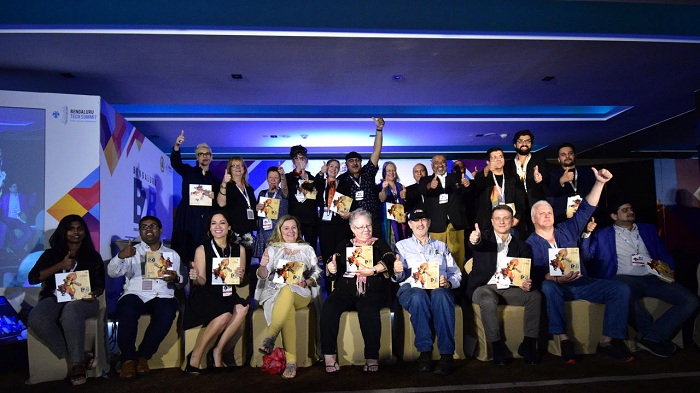 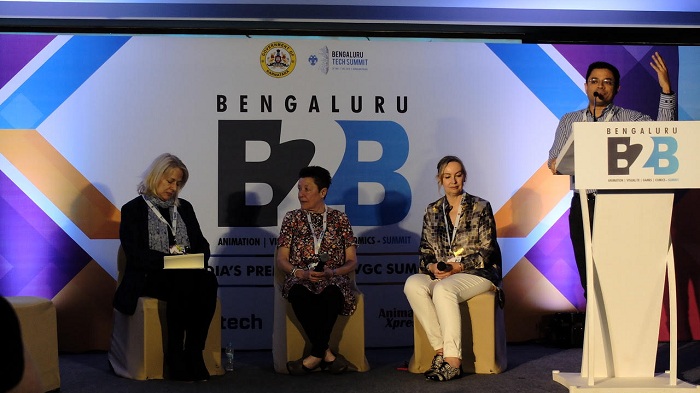 The first session of the third pitch-inar (on the second day) – ‘Leveraging Markets’ had beQ Entertainment CEO Christian Jezdic, The Creative Garden founder Sarah Banes, AI Licensing India Pvt Ltd (Animation International – India) director Nitin Kalra and AnimationXpress syndication & distribution consultant Khalid Khan. The second session of the third pitch-inar was a pitching masterclass by Stark, Kaizer, Salt, Branscome, de Courcy and Lofts – the six buyers divided themselves in two teams of three people each. One team played the role of a buyer and the other one of the pitchers to demonstrate to the pitchers at ABAI B2B how pitches should be constructed.

The official business part of ABAI B2B ended with the association handing out special plaques to each of the speakers/buyers.