Arena of Valor (AoV) is the kind of game that’s fun even if you’re only OKAY at it, but a whole new side of the game is revealed to you when you try to get good at the game and look at your gameplay with a critical eye.

Here are a few basic tips to help you do this and squeeze as much enjoyment as possible from AoV.

This is a tip that, if you’re a somewhat experienced MOBA (Multiplayer Online Battle Arena) player, might seem almost too basic to you. But for those new to the genre, this is a fairly essential piece of advice.

The minimap provides players with information about the position of the enemy team, the position of their team, and the general state of the map, including how pushed out the lanes are and how many towers each side still has standing. Knowing any of this is crucial to planning out and executing your next few steps in any given match.

Map awareness is a key skill to getting better a at game like AoV. Once you engage with the map and make it part of your skillset, it’ll feel almost impossible to play without it, since you’d practically be playing blind.

Use every trial card that you can get your hands on to try as many heroes as possible, to find the handful of heroes that you like best. Spend gold or vouchers to buy these heroes, and then focus on getting familiar and skilled with that set of characters.

Since you can only earn gold by playing more, in AoV, keep in mind that buying Arcana for these heroes is pretty much essential if you want to keep up with the competitive curve. So once you have your line-up of heroes, save your gold to buy the best Arcana you can afford, over time, and restrict hero purchases to vouchers instead. 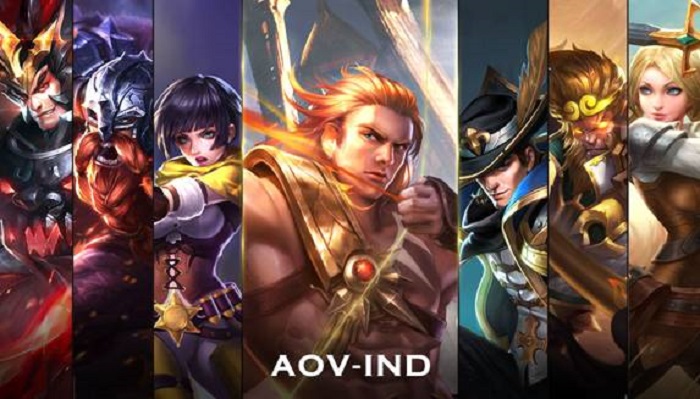 Take advantage of all the free stuff!

The developers, through daily rewards, events, and features like Road to Glory, provide new players with a boatload of potential rewards, which even include free hero unlocks.

Make use of these, especially when you’re new to the game, to make sure that you get to fully experience when playing Arena of Valor.

Take the initiative, but within reason

This is a tricky one, to tread lightly.

If no one on your team is communicating without being prompted, you could take the initiative and call out plays for your team. This will allow players who prefer not to talk to also be a part of the team’s efforts.

But of course, this is very easy to overdo, and if there’s one thing you should know about games like Arena of Valor, League of Legends, or Dota 2 it’s that there’s no winning a match when you’ve gone and pissed off your team.

With these basics in mind, you can begin your journey of discovery and learn all there is to about Arena of Valor. Break out that competitive streak, and remember to be nice to other players!