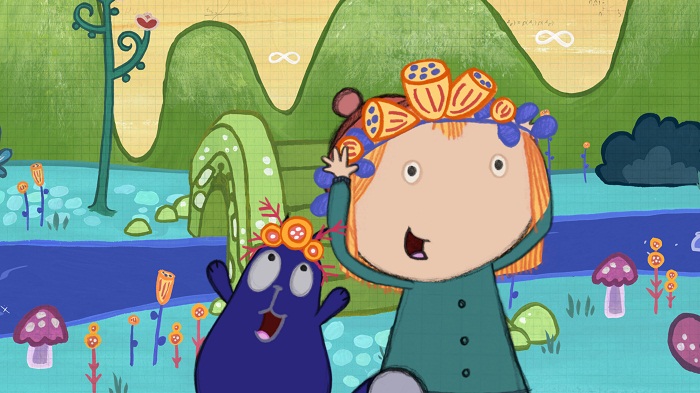 9 Story Media Group is pleased to announce the expansion of its international licensing program for the hit multiple Emmy Award-winning animated preschool series PEG + CAT. Since partnering with Ypsilon Licensing for Spain and Portugal, the PEG + CAT brand has seen strong growth within the territory. Several new licensees for Spain and Portugal have been appointed, including Editorial Planeta (publishing), Ravensburger (puzzles and games), C y P Brands Evolution (back-to-school), Artesania Cerdà (apparel, back-to-school) and Comansi (figurines), with more licensees to be announced soon. PEG + CAT airs on TVE in Spain and on RTP in Portugal.

9 Story has also recently signed with Merchantwise as the brand’s exclusive agent for Australia and New Zealand. PEG + CAT airs on ABC in the territory, with ABC Commercial on board for home entertainment.

Global master toy partner Imports Dragon will be at retail with a select toy line in 2018, while publishing partner Candlewick Press continues to grow its library of PEG + CAT books in English- speaking territories with the launch of new formats, including sticker books. A robust line-up of PEG + CAT DVDs is also available from PBS Distribution in the U.S., eOne in Canada, ABC Commercial in Australia, and Sony Music in Germany.

PEG + CAT follows the adorable, spirited Peg and her loyal sidekick Cat as they embark on a host of hilarious, musical adventures, learning foundational math concepts along the way. Each episode features engaging stories in which Peg and Cat encounter a problem that requires them to use math and problem-solving skills to move the story forward. The series provides young viewers with new ways to experience math and highlights its importance in a variety of everyday situations.

PEG + CAT is co-created and executive produced by Jennifer Oxley (Little Bill, The Wonder Pets!) and Billy Aronson (Rent, Postcards from Buster) and produced by The Fred Rogers Company for PBS KIDS. Kevin Morrison of The Fred Rogers Company and Vince Commisso of production partner 9 Story Media Group also serve as executive producers. 9 Story, which distributes the popular series and manages licensing for the brand globally, has secured distribution in 180 countries.