It’s India’s first English-language comic book for children, and has won hearts of millions. It is a comic book that has played an integral part of the growing up years of most children in India over the last three decades. We are sure, by now everyone must have guessed which comic we are talking about, it’s the one and only – Tinkle: Where learning meets fun.

It is a magazine which was published in the year 1980 by Anant Pai, famously known as Uncle Pai by the readers. Some of the most revered Tinkle comics’ characters are Suppandi and Shikari Shambu that appeared first in the pages of the magazine and have been recognized globally. 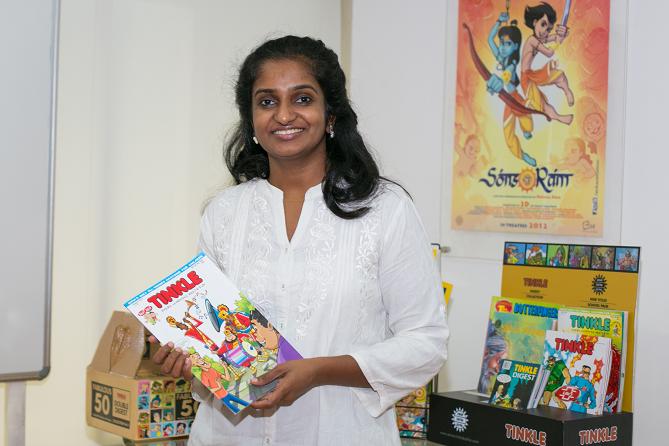 AnimationXpress.com’s Niyati Handa recently caught up with Tinkle’s editor, Rajani Thindiath, who spoke to her in detail about Tinkle’s journey and where does she see Tinkle Comics in the coming years.

What has been Tinkle’s USP over the years?

I will start with what has been likable and evergreen. Simply because Supandi, Shikari Shambhu, Tantri The Mantri or even Kalia have been iconic characters in the sense, that when they were created they were given very distinct forms and that has sustained them all these years, it’s because of the simplicity of the characters. Like on one hand you have Supandi, who is very cheerful despite the fact that he can never retain his job whereas on the other hand you have a Shikhari Shambhu, who is not really a hunter, he is a conservationist, a forest ranger, but he still runs away from challenges and we can easily identify ourselves with these characters in real life; and because of this story line these characters have remained evergreen.

In terms of content what we have really changed in 30 years is only played with the sensibility a bit but the essence of Tinkle has remained the same; we are about fun, laughter, learning etc. that has been the same till date. There is a certain kind of guideline that we have been following till date. Like we don’t show any kind of gore or violence in our stories, but the demands of the children are ever evolving, they watch so much of Hollywood and Bollywood movies, thus are exposed to a lot more nowadays but we are not planning to burst out of the bubble, we still need to keep it safe. For instance they are demanding horror, and since Tinkle has never done something like this so what we did was to introduce a horror-comic series, Dental Diaries, it’s a story about a vampire who has lost his fangs, and he is a coward and wants his fangs back. 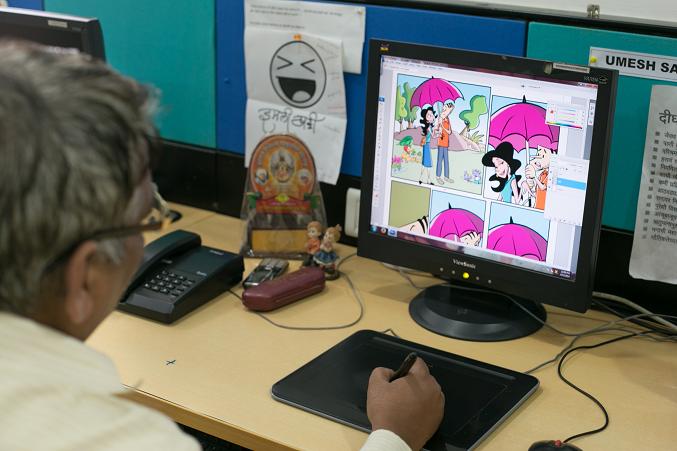 Other thing which children enjoy a lot these days is superheroes, violence, SFX and so on, so we wanted to do things little differently, that’s when we came up with the SuperWeirdos series, where the characters have weird superpowers which they believe are useless, but still they come up with some kind of conclusion, every person is different and each one of them has something to contribute. When you look at the timeline, 30 years is a long time, so certain things have been phased out like folk tales, which was at the core of Tinkle but it has been part of it for more than 30 years now and you don’t want to repeat it as some of them are also inappropriate for children of today’s time and age.

How is Tinkle adapting to the changing trends in the world of comics?

I feel change is a very healthy exercise, with Comic Con coming in I think it mainly affects the young adults because if you will visit, you won’t find too many kids. They basically showcase the pop merchandise, which is a big draw but at the same time I feel the exposure for comics has been really good for the Indian masses because till now all we were exposed to was the superhero format which is very US in its origin.

There is lot of European comics which is just fantastic, there are lot of comics coming from Japan, Africa and Australia; and that kind of exposures just widens your views. In that sense Tinkle has not been affected by the phenomenon, it’s just that people are now more aware of what is out there. In terms of other content as well, change is necessary; this is something which will remain an ongoing process.

We are entering a digital era because we don’t know how long the book format will last, though the format should not really matter to us, the content is more important. Tinkle is also about interacting with kids. Everything we come up with is because of the idea that sparked us from the note that a child wrote. So this is the way Tinkle has always operated and will continue to do so.

Do you think the print format will continue to exist in this digital era?

I used to have different views earlier, but over the last three years that I have been editor it has caused me to really analyse changes that one sees around him/her, and I have just come to the conclusion that yes there will be a change to the digital format but books are something I feel will never go out of fashion. For example a handmade book or an experiential book’s digital format will never give you the same experience. And another thing is that even I own a kindle; I do use it and read books on it but when I have to go back to a particular segment which is 50 or 100 pages behind it’s easier for me to just flip the pages on the physical book and re-read it, on a Kindle I would never get an idea on where to go to. So these are small technical hurdles that we may face in the digital format, which will certainly be rectified in time; but books will never phase out.

With the character of Archie being killed off recently, can we expect something similar with a Supandi?

Possibly, but I don’t look at it solely as a marketing gimmick because comics for example saw their hay days in the US in the early 50’s, Europe didn’t see the waxing and veining period, but US did and it was a big market. Nowadays interesting comics in that continent are decreasing, whereas in India it’s just picking up.

On a gimmick like Archie’s death, well it’s like an evolutionary process because unless you give your readers a shock how will you know which way to turn to, you will continue to go on the same path. I have readers who say that all my stories are sounding very similar, at that time I pause and reflect, and say ok if they are finding it that way and lot of people are talking about it then I have to look at it and see how I can take it further, and that kind of a thing is very healthy, as you are reading the pulse of your audience. 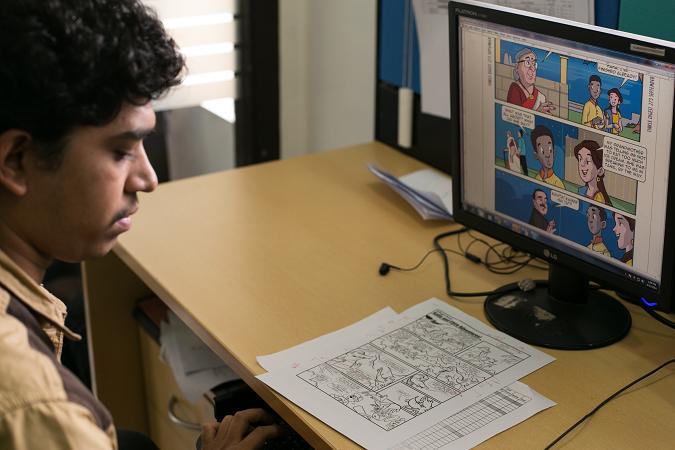 It’s very important as we can’t survive in a vacuum. We are sitting and writing in a closed environment and thus don’t really have much inspiration from the surroundings, so with our readers and children writing back with suggestions and ideas help us in developing fresher stories and concepts.

Because of this interaction the vacuum is broken and if we are trying out something new or exploring something different, the reader is the one who gives the feedback and then we can take things further accordingly.

What does the future hold for Tinkle and the comic industry?

Tinkle has survived for over 33 years and it’s a fair indication of where it stands and where will it go, provided whoever works for Tinkle and cares for it, takes it in the direction and evolves with it accordingly.  It’s the writer, who evolves with Tinkle and not the other way around, because Tinkle is all about its readers, they read and give feedbacks. 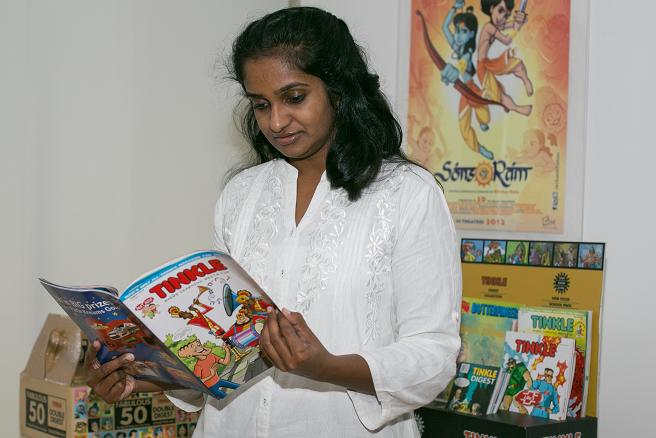 As for the comics industry, we are still in the initial stages, though it started with Uncle Pie and Pranji long ago, we do stick to particular genre of comics, it’s only now that we are exploring it further. We have the reins in our hand, but I can’t claim to foresee the future, but the mood is very enthusiastic and I am hoping for the best.