The well-known and much-loved Suppandi and Shikari Shambhu characters are also a part of the ACK family. It develops products for multiple platforms that include print, home video, broadcast television, films, mobile and online services.

Amar Chitra Katha and Tinkle, which were created by Anant Pai in the year 1967, found a new home after being acquired by ACK Media in 2007. 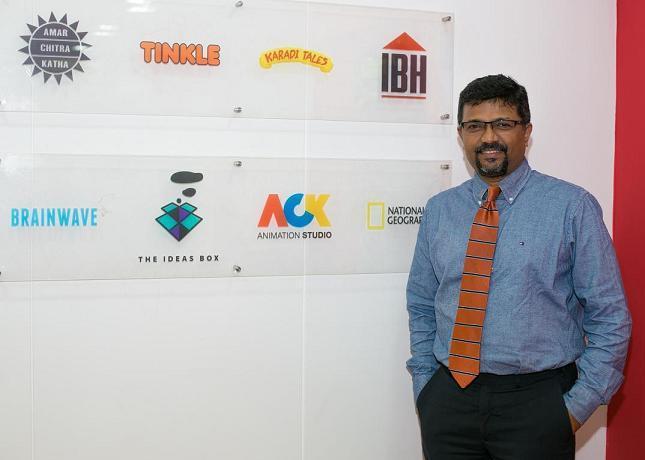 Sparking the creativity of young minds through diverse content and innovative technology ACK Media, CEO – Publishing, Manas Mohan, spoke to the AnimationXpress.com Team about the overall functioning of the group and much more.

What is the core brand value that ACK Media stands for?

ACK Media, which we know today, was technically born in 2010 and if we have to define ACK and Tinkle as brands then simply put – they stand for great story telling. The stories have been created to suit the mind of a child, first in terms of the words and importance is also given to excellence of art and with both the brands in terms of how the characters look and what they do, the way they smile, and if they are a comic how do they follow something, if it’s a serious thing what kind of expressions the readers are going to have etc. all these things define the core excellence of these brands. All these stories are timeless; there are few stories which are five thousand years old in terms of Amar Chitra Katha. The newer stories are based on timeless values, which is the other core element of our brand.

How important is IBH as the distribution arm of ACK media?

IBH is one of the India’s oldest brands and now the largest distributor of books and magazines. At one time when the books market was more organised than it is currently, that time IBH was Asia’s largest books distributor. Right now IBH has direct access to more than 1200 outlets across the country and around 15,000 downstream outlets. So, whether it is Tinkle, National Geographic or Amar Chitra Katha all have access to pretty much every nook and corner of the country. 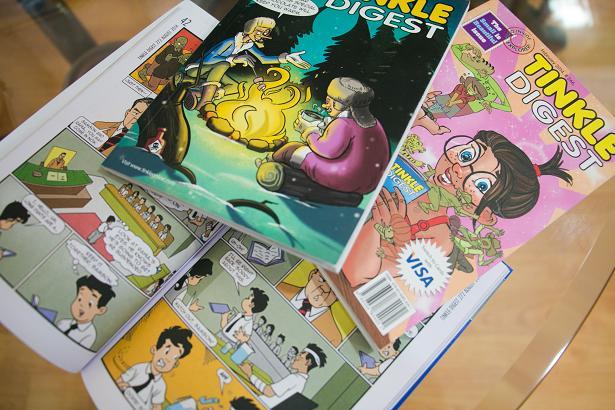 Logistics are very, very important in this business, but the most essential is the relation which we had with the retailers of this country. In today’s world what’s very critical is credit management, and because the relationships and credit management is much cleaner; we have got people who have been with IBH for the past 40 years now, so they know the system at the back of their hands and it’s a relation or you can say system which is very difficult to replicate in today’s date.

How do you manage the business, marketing and editorial for the various verticals?

At the core of every business is the business manager and each brand has its manager. So Aishwarya has spent almost seven years in the magazine business and is the head of Tinkle. Shilpi is the head of Amar Chitra Katha. Ritika is the head of National Geographic, so each brand manager is the de-facto owner of the business. The way we function is that I report into the brand manager as far as the business of the brand is concerned; I can run the company but the business manager is the core or main part of the company. The unity of the command as far as a brand is concerned, is critical in driving the business forward. Similarly in editorial the editor owns the business in terms of what they will do as far as the book is concerned. Suddenly from a business perspective if I come and say that ‘I feel the book should be written in this way’ then I won’t be saying the right thing. So when it comes to writing the book, the editor is the person in-charge and I report to the editor. I would like to believe that so far this strategy has been good for the business as well as the brand, and the best part is that all the consumers have appreciated it.

In what way does Ideas box fit into the ACK Media family?

As I said we are story tellers and every arm of this company takes forward that idea, our stories are taken to the right audience in any form possible. Therefore one form is the comic book, other is the animation story, third is telling stories face to face and last one is through television, and that’s really where an Ideas Box comes in. They are television and below the line specialists. They will go to schools and as an activation arm will conduct story telling competitions, it’s a fantastic and amazing feeling to see such talented kids performing on stage. So these kids then go on television and do the same story telling on a channel like ZeeQ. Thus, Ideas Box as an engine in itself has carried forward the philosophy of Amar Chitra Katha and Tinkle and they are doing very good work and there is a lot left to be heard from them in the near future.

How is Karadi Tales doing for ACK Media?

Karadi Tales has one of the most talented teams in the country. The quality of the product that they have been creating over the last 20 odd years, and even now, has been absolutely great. The audio book business has seen a downward curve and had almost hit rock bottom, but they are coming out of it now. I believe tablet as a platform is going to inject a whole new life into the products that Karadi Tale has to offer. It has just launched an autobiography of the Dalai Lama and it’s doing fantastic business on Flipkart and in retail as well. With Karadi building up its portfolio, one will get to see a lot more action from this team as well.

How important is the merchandise market for ACK? 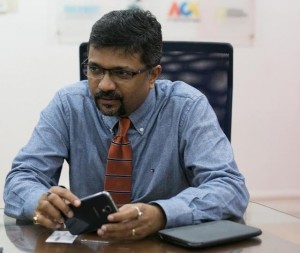 Merchandise is very important for us. We have been experimenting and piloting couple of products and designs. We have got great feedback especially in places like comic-con which is held in four cities across the country nowadays. In the next couple of months we are launching our first serious retail product as far as merchandising is concerned.

How bullish are you on the digital front?

In terms of the digital business, 85 per cent of our investments are going to digital and they are generating a meagre five per cent of the revenues, which is interesting but that’s really gearing up for the future. The app which we have launched across all platforms (iOS, Windows 8 and Android) is doing extremely well. We crossed more than 100,000 downloads in just a couple of months. We have been actually selling comics through it too, though the app is free but one can buy comics through it and that’s going to be the cutting edge finally of the action on the global scene. We are now pushing the business in US, UK from where we expect our sales to grow, but when will the digital business cross a million dollars is ayone’s guess, it could be next year, in three years or may be five, but I am not ready to put my money on it right now.

How has the relationship with the National Geographic magazine been? 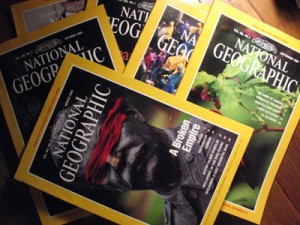 National Geographic’s story is another story of relationships. IBH has been distributing it for the past 19 years and when National Geographic decided to set up its publication in our country, we had the first choice of refusal but of course we wouldn’t refuse a brand like it; so we set up the business and it’s been exactly two years and one month now. We have published National Geographic Traveller and the magazine as well and I would say with resounding success too; Nilofer who heads the editorial team of both of the above has done an absolutely brilliant job. National Geographic magazines are doing very well in the Indian market and we also get a lot of support from the advertising community as well.

What according to you is the future of the animation and comic industry?

That is a billion dollar question, firstly we are a very young country; 60-65 per cent of the population is under the age of 25. Fundamentally a lot of these people should be reading comics and watching animation as it is an easier format to read, and as people have more and more time constrains to absorb as much information as possible, I firmly believe that comic books are a great way of disseminating knowledge and information to children across age groups, regions and classes; and it’s something which should be recognised by the government as it will help us in moving this industry forward.