Toonz Animation, which is celebrating its 15th year, had launched Chotoonz, a free

AnimationXpress.com caught up with P.Jayakumar, CEO of Toonz Animation to get a deeper insight into Chotoonz Web TV, its upcoming shows and future plans of Toonz.

What inspired you to create Chotoonz and why this title? We want to position Chotoonz as the pit stop for kids when it comes to entertainment. Chotoonz is not just about animated shows or games. We aim to create an experience for the kids which would tempt them to come back again and again. We would want Chotoonz to emerge as the best global entertainment distribution service over the internet for kids.

We wanted to have a name that would strike an immediate chord with the kids, one that is fun, memorable and that the kids could relate back to Toonz. Since it was a channel for all the ‘Chotoos’ (kids) we decide to fuse that with the Toonz name and call it ‘Chotoonz’.

Which shows are featured on Chotoonz? Chotoonz was soft launched on 14th November 2013, during the children’s day. We are taking it step-by-step. Chotoonz will host top rated shows in the animation industry. At present we have a mix of popular Indian TV series like ‘The Adventures of Tenali Raman’ (India’s first animated television series) and the cricket based series ‘Howzzattt’ along with international shows like ‘Finley the Fire Engine’ and ‘Gofrette’. Kids can also watch the popular TV movie ‘Tales of Shiva’. The idea is to bring in more international shows, once the popularity catches up.  We have also created an android game which is a simple but highly addictive game of catch, based on characters from Howzzattt! This game can be downloaded from the android store. 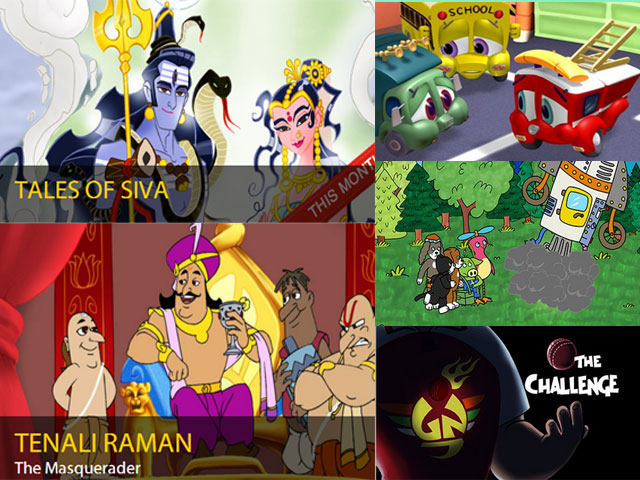 Is Chotoonz a 15th Anniversary special? Well Yes and No! Foraying in to the digital space was one of the strategies that we were keenly pursuing. The ground work has long begun and we had identified digital space as one of our growth engines for the future. The first-in-line was a Web TV and we put together a team to conceptualize and strategize its roll out which culminated with our 15th Anniversary year. So one way, it is a special gift for kids from Toonz.

Are all the episodes and games free? Yes, all the current shows aired on the web channel are free. More shows will be added in the immediate future and going ahead we could strategize a subscription based model too.

What is the next that one will see at Chotoonz? The iconic show, Speed Racer Classic is next in store in the Chotoonz channel. It was one of the most popular shows in the United States and has 52 episodes. There is a huge fan following for the show even now spanning the entire world. This would be available through our Chotoonz website as well as the Chotoonz YouTube channel. Also, Brady’s Beasts, Freefonix, JilJilgenie, Panshel are to come up on Chootonz. 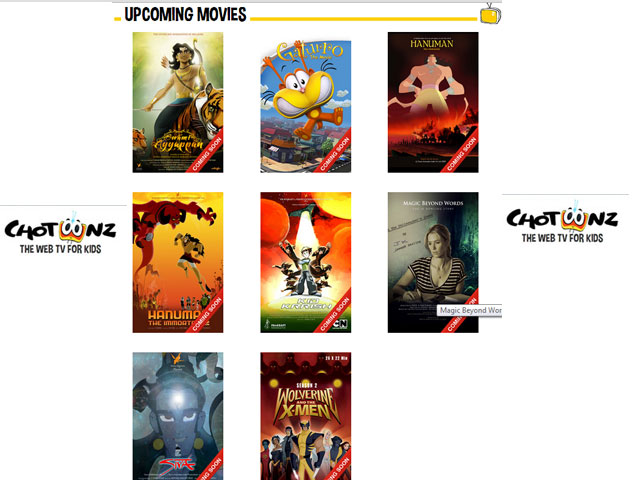 Are you specially creating episodic series or games for Chotoonz? The idea of Chotoonz is to provide an alternative platform for accessing entertainment, apart from TV or theatres. So primarily, it is extending the reach of whatever is available in the market. But I foresee that in the immediate future, we will have content exclusively for the digital space. There the production houses would need to do the tight-rope-walk in terms of strategizing cost vs. revenue. Chotoonz is the first-of-its-kind initiative in the Indian market space which would revolutionize the way the animation industry operates. We are not limited by networks when it comes to telecasting a show anymore. Kids would get to watch their favorite cartoons wherever they are and whenever they want. Content creators have a much broader platform to operate on. Multi-screen, multi-platform viewership will be a game changer when accessing animation on the go.

What are the factors that set Chotoonz apart from any other entertainment source? There are a lot of players in the digital space when it comes to web channels. I think the two main differentiating factors for us would be the availability of diverse and top rated shows and the user experience that we could provide. As a leading production and distribution house, we have a growing library of kids content from across the world which we could easily take to the digital space ensuring that the kids always get the best. And as I mentioned earlier, it is not just about shows, but creating that experience using a variety of engagement methods including interactive games and activities for the kids.

And what would you highlight as Vision of Toonz Animation in its 15th year? We have established ourselves as the leader in the Indian animation industry when it comes to producing IP’s for the Indian market and a one-stop-destination for global studios for producing world-class animation. Moving ahead, we are pinning our hopes on two key initiatives – Toonz Digital and Toonz Live Action which we believe would help us establish as a global media house.