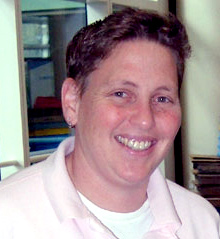 “Spore is a simulation game and the best part about it is that the players are going to be it’s content creators.”

Thanks to the online and mobile platforms, the gaming wave is surging over India. From garage start-ups to gigantic corporates, a great many stake holders are hedging their bets on this space. And as the business plans get into place and the gaming engines start whirring, everyoneâ€?s looking for hints……..

Which wayâ€?s the wind going to blow?

At the X Media Lab held in Singapore in December â€?06, Animation Xpress.comâ€?s Esha Birnur had the good fortune of spending three days with some of the best minds in the gaming business. Ahead of the curve these experienced professionals actually have an idea of what shape the futureâ€?s going to take.

Spore is one of the most eagerly anticipated games of our times and Caryl Shaw, Pollinated Content Producer for Spore, patiently explained in detail what the game and itâ€?s fundamental concept is about. Shaw also shared from her decade long experience in building online communities, including websites for the Sims franchise.

What is the concept behind Spore?

The evolution continues and moves further up the food chain, taking over cities in the different planets one has been playing on the whole time and ultimately you can earn enough to buy a spaceship and go out and explore the galaxy.

What is your role as a pollinated content producer?
The players are going to be the creators of content in the game. A big part of the game is the editors that you will have in every level of the game where the player will be able to create content and get that content not only into the game but also send it out onto the server.

That content can then be downloaded from the server and inserted into the game. The system which makes that come to life, are the features that Iâ€?m working on. I have a team that works on the server like the database schema who figure out the algorithms to do the matching so that the content that you get make sense for your game and you donâ€?t have to download hundreds and thousands of mega bytes of content. You only get the kind of stuff that makes sense for your game, writing complicated algorithms and helping to comply with the rules. I do work with the engineering team to sort the kind of content that you want to see in the game.

Everyone seems to be rushing to build online communities nowadays. Your comments on this trend.

I think itâ€?s more than a trend. The internet gives people who didnâ€?t have ways to meet each other and find each other before, a much better avenue to do that and share interests which is much better than putting an advertisement in the newspaper. Now you donâ€?t put an advertisement in the newspaper but look up a website and then get people from all over the world to share your interest.

Itâ€?s a great way for people to communicate and encourage writing. People didnâ€?t write for a long time as they didnâ€?t have any real reason to write anything, now people are blogging and sharing their stories and thatâ€?s just great for humanity which helps them understand each other much better.

How do you address issues such as game addiction?
I think that anything which is not in moderation is bad. I think as a parent you have to work with your kids and find that balance. Parents should play more games with their kids so that they understand what the experience is like and it will be less scary to them.

That would be something that I would like to see education helping bring along. When I read articles such as gaming addiction and gaming addiction centres opening up, what I hope is that the journalists who are writing those articles will show the other side of it. Iâ€?ve been asked about the violence in games and content that is not acceptable for different ages. My response to that is that parents really need to play with their kids on order to understand what their kids are playing. I donâ€?t think you should ever give a kid a game that parents havenâ€?t sat with them on for the first hour of it which is also a great thing to do with your kid.

Consumer behaviour, click streams, and the data base of human intentions. Your comments.
I look out for different types of behaviour. One of the things that I like to do on my website that there is content that is fun to play with just as there is in games and thatâ€?s something that I believe very strongly in. We track our users to see what they are interested in, see what they are doing and what they are using. We see what other site they use and focus on groups. It comes back to how much you know your audience and how much you want to provide for them.

What are the kind of games that you enjoy working on?
I’ve mostly worked on games for entertainment and more interested in those kinds of games. Educational games are fascinating and are great learning tools and Iâ€?m glad that there are people like Noah Falstein working on them but itâ€?s not something that Iâ€?m interested in.