Virtualinfocom- a Kolkata based animation and gaming studio, is currently working on a new game app known as Lalkamal Neelkamal. This paid gaming app, targeting the audience who are fond of bedtime tales, will soon be available on Android and iOS platforms this January.

This game app is based on an Asian Bengali tale in which a King, who resided in Bengal had two wives and one of them was known as Rakkhashi (demoness), who was thirsty for human blood. Both these queens had a son each and named them Kusum( son of Rakkhashi) and Ajit( son of ano

ther queen).  As this story proceeds further, Rakkhashi is seen gulping both the princes’. On being born again, their eggs were in the form of coloured lotuses. And that’s when they were named Lalkamal (the prince from the red lotus) and Neelkamal( the prince from the blue lotus).

Speaking to AnimationXpress.com about the unique feature of this game app, Arijit Bhatachharyya, Founder and CEO, V 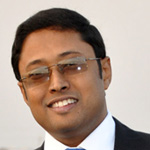 irtualinfocom says “The gameplay of this app revolves around the battle between two little princes named Lalkamal / Neelkamal and the demons/monsters, who are set on an adventure. Eventually, once all the 85 levels are complete, it also explains the need and importance of brotherhood”

Lalkamal/ Neellkamal being the lead characters, Rakhashi Rani, the King, Old Demon lord, 15 Boss Demons, Two Life Bugs have also been added as the secondary characters in this game.  “Vibrant shades of Red, Blue, Violet, Green and Yellow are used to add on the classical and adventure look and feel for this gaming app.” adds more. 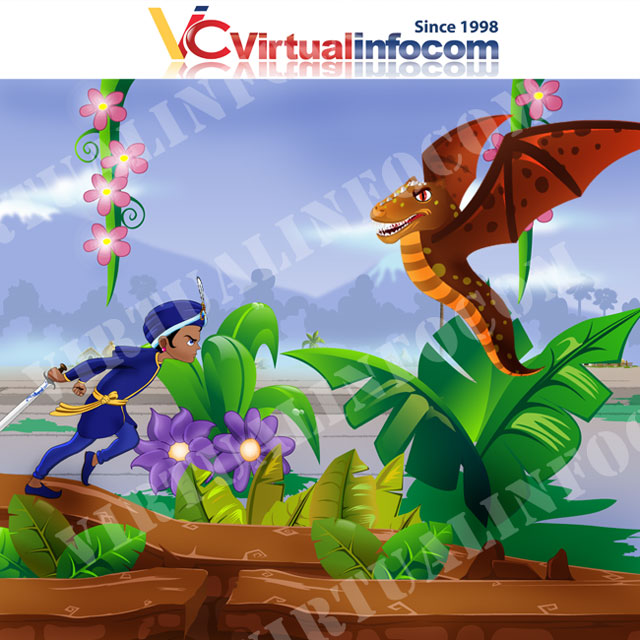 Highlighting about the look and feel of this game, Arijit further says, “To add the classical element to this game, a mixture of mediums were used as. The background of this game was built in 3D, but it includes 2D characters.”

In the process of designing this interesting game, Virtualinfocom referred to various old classical Bengali books and started working in December 2013. The software called ‘Unity’ was used for the designing of this game app and at present; its demo version is already available on Android.