For indie game studios collaboration is the key to create wonders and grow as not all indie studios are blessed with investors backing them up. All they have is talent. Some may be good at arts and some in technology and through collaborations they can do magic. In the same way, Wayu Digital Studio  and GameEon collaborated to bring an action packed story mode game Ultimate Quest. The art, storyline and digital marketing content of the game are done by Wayu Digital Studio and GameEon is handling the game development and publishing.

On the collaboration, GameEon’s CEO Nikhil Malankar shared with AnimationXpress that,“Partnering with Wayu Digital for Ultimate Quest has been a no brainer for us. They bring top class quality to the art quality and having worked with Dinesh on multiple other projects, I can say that we both have the same vision to bring amazing quality games made in India to the market. ”

Earlier Wayu Digital also did the trailer for GameEon’s Mumbai Gullies. Talking about the association with GameEon, in conversation with AnimationXpress, Wayu Digital studios CEO and founder Dinesh Sehgal shared, “Through collaborations you get opportunity to connect with so many passionate people and game developers who have the vision of putting Indian gaming industry on the global map.I think people should open up for collaborations and look for perfect partners who can be their strengths. The other partner not only brings the talent but also a fresh perspective on how to go about the project. We are thankful to Nikhil Malankar (for trusting us on that. And I think it created a lot of buzz in the market. The trailer was released on various platforms and I am told that collectively it crossed one million views within the first three to four days of its release. ”

For Ultimate Quest both of the companies are investing equally  and will have the equal IP rights on the game. Ultimate Quest is an action fighting game with a bit of role playing. It has different modes in the game, and according to Wayu Digital Studio the most interesting one is the story mode where the player is part of the story. The player will unfold the story (which  is full of twists and turns ) with each level completion. Other than story mode there are Boss Rush Mode and Multiplayer Mode as well. The game will first release  on Google Play Store. 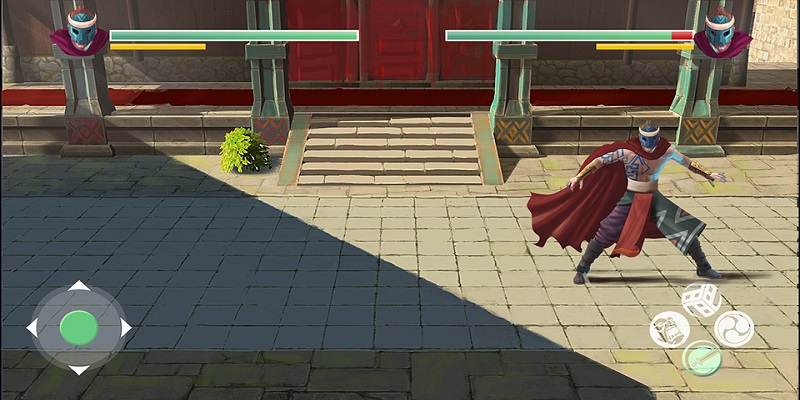 Wayu Digital studio is a small boutique studio based in Mumbai and has been working with various creative projects since 2013. They started as a post production studio for films and television and gradually moved towards creating visuals for animated films, advertisements and now for games. They have been working on various game projects for more than a year.

“We believe that our experience from working on various mediums gives us an edge over other studios as our team has developed expertise in telling stories through beautiful and compelling visuals. And we can contribute a lot in the journey of putting Indian game industry on the global map,” Sehgal added.

The interesting fact about the game is that the studio is tapping on the tribal culture as the storyline of the game goes around ancient tribal areas. “So we collected and studied a lot of tribal art before getting into designing. You will find most of the Tribes wearing body tattoos so that is the key element you will find in our characters. Apart from that the backgrounds will have interesting cinematography. One of the key elements in the game is the mask and we have many of them in the game as collectibles. We are designing them so catchy that every player would want to collect all of them. Overall we have used many elements from Tribal Art and mixed them with a fresh colour palette  giving it a very unique and authentic look in itself,” explained Sehgal. 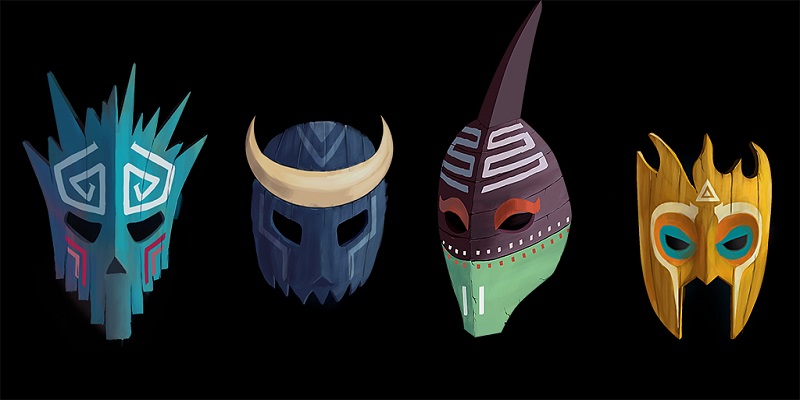 Further asking on the features of the game Sehgal shared that  he can’t reveal much as of now, however, he said, “The game is full of action, there will be a lot of VFX, there will be hand to hand fighting with some super powers to be collected.”

They have not yet decided on the launch date but they are working towards finishing it by this year’s end. Sehgal shared, “We are targeting the official release in December, though there will be multiple beta releases for testers before that.”

Both the studios are quite thrilled about the game, and Malankar expressed, “We are all excited to see how the game will turn out to be and waiting to finish the game. Development on the game has been an interesting challenge since we’re approaching it methodically by having a strong game design coupled with eye catching visuals and a tight game play. Looking forward to seeing how people respond to the game once it launches in the market.”

They initiated this project in October and they have decided to give it a year time for the complete production of the game. Game art development is still under production, Wayu took around three months for their research and as of now almost 50 per cent of the assets are done. This game is for mobile platforms and therefore they wanted to create good user experience for their players. For them the main challenge was to optimise the game so that it runs equally good on low end devices without hampering the actual look and feel.

They are also working on various interesting projects currently and it will be too soon for  Wayu digital to reveal them! Further to that they are also open for more collaborations with other studios.

We wish both the studios good luck and a successful launch!