Krystopia: A Puzzle Journey is a popular puzzle game that was originally released in 2019 for iOS and Android, but today, it is going to have a Nintendo Switch release. Originally the game was developed by Stockholm based Antler Interactive whose latest game Krystopia: Nova’s Journey is a sequel to the first game. Pune based GodSpeed Games has handled the Switch port and is publishing the game on Nintendo Switch eShop.

In conversation with Animationxpress, GodSpeed Games MD Ranbeer Hora shared that the Nintendo Switch port for the title took three months for completion. He added that the title enjoyed a good reception on iOS and Android with over 100,000 installs. “With the Nintendo Switch release, we are expecting that the fans who love to play the escape room-inspired puzzle adventure games will enjoy playing Krystopia: A Puzzle Journey on their consoles and it will enjoy a good reception here too,” he further mentioned.

It is an escape room game that challenges and captivates you with intriguing laser puzzles, robots and hidden objects. Follow Nova Dune, a space explorer in her quest to find out about the unfamiliar distress signal she received aboard her ship. Determined to investigate it, she finds herself on a desolated planet where all civilization has vanished. 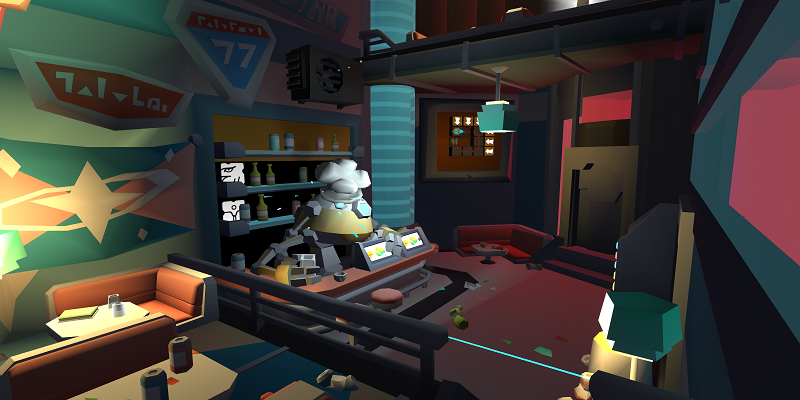 They didn’t make any major changes in the storyline and gameplay apart from a few optimisations. “But the biggest challenge for the title was the Controls. Because of the nature of the puzzles we have in the title, we wanted to ensure that the players have the same fluid play through experience as they have on Mobile and PC. That’s why after trying two to three different styles of controls, we chose to stick to the Pointer and Touch input controls,” Hora expressed.

According to him, The Nintendo Switch release of Krytopia takes full advantage of the console’s control options. With the help of touch controls, players can undock the system, pop off the Joy-Cons and play it just like playing on any other tablet. “We also implemented the controls where the Right Joy-Con can be used like Wii Remote for pointer based control, while the Switch is in the Tabletop Mode or Docked with the TV. Players have to place the Joy-Con down on a flat surface, then pick it up and control the pointer on the screen with easy and subtle wrist movement,” he shared.

The game is priced at $10.50 and it can be downloaded from Nintendo eshop.