Online gaming segment is expected to reach Rs 153 billion by 2024 at a CAGR of 15 per cent: FICCI EY Report -
Skip to content
Esports Games Mobile

There has been a burgeoning growth in online gaming and gamers since the outbreak of the pandemic due to the work-from-home and school-from-home culture, and the consequent build-out of the laptop and mobile phone ecosystem. In 2021, the lockdown in the April-June quarter and two states removing their bans on gaming led to growth in gamers. However, as workplaces and schools opened up, many casual gamers returned to their earlier lives but the online gaming sector continued to grow. As per the recent FICCI-EY media and entertainment report 2022 on “Tuning into consumer,” the online gaming segment is expected to reach Rs 153 billion by 2024 at a CAGR of 15 per cent to become the fourth largest segment of the Indian M&E sector, driven by innovations across NFTs, the metaverse and esports.

Here are the key findings: 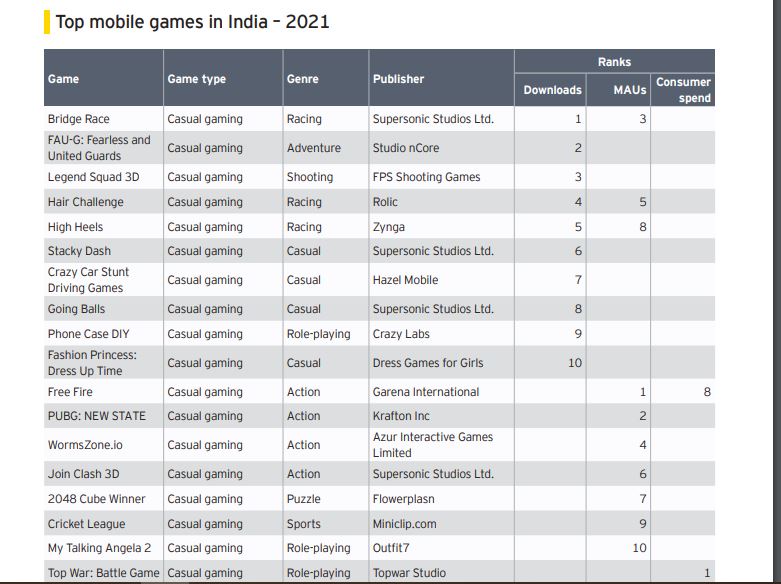