The popularity of play-to-earn games has skyrocketed since the inception of the pandemic and work from the home culture in India. Before the pandemic it was popular but during pandemic, it broke all records and the growth curve continued even today. As per the survey of Finder’s NFT Gaming Adoption Report, India topped the charts of play to earn games adoption out of 26 countries.

As per the report, roughly 33.8 per cent of users adopted play to earn games leaving behind. The actual numbers are expected to increase 1.3 times by the end of 2022, with the percentage of people in India expected to hit 44.7 per cent. 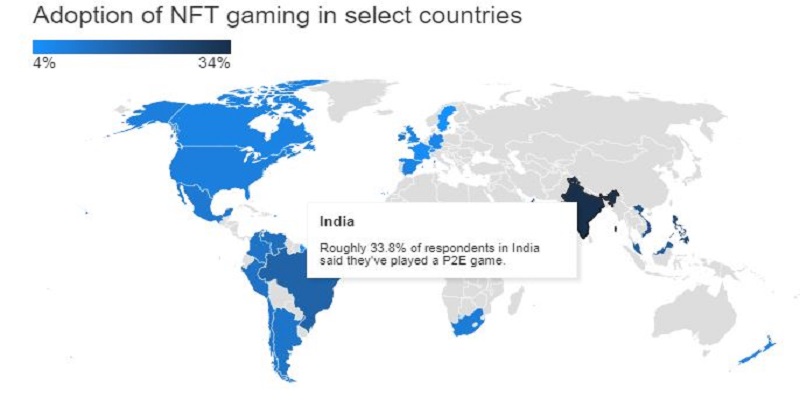 Here are the  key findings of the  survey:

A lot of play to earn games stakeholders in India are taking initiatives to bolster the NFT and Web3 games scene in the country. Industry experts assume that the NFT gaming industry will be the key driver of the play to earn and it will have more and more users in the next couple of years.