A few years back in India, who would have thought that the untouched segment, esports, would be turning tables and making headlines! The Esports scene is constantly evolving and during Covid-19 things took a better turn. One such example is a tweet from NODWIN Gaming that shows how the audience and brands are accepting esports content. It reads: “#bored in quarantine? Watch esports on TV! Tune-in to @MTVIndia now! This is your chance to learn from the best, watch in-depth game analysis and breakdown! #quarantine #esports #csgo #esportsmania.”

And it’s not limited to India, it’s across the globe! 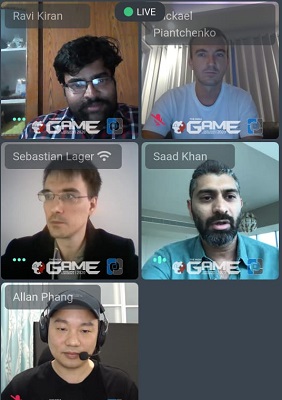 The shift in the ecosystem is visible and unstoppable! At IGDC 2020 discussion ‘Esports: Why the sudden hype around the globe’, Mineski Global’s Mickael Piantchenko, TwogNation’s Sebastian Lager, Gamers Hub’s Saad Khan, EVOS Esports’ Allan Phang have shared their insights on the growth of esports.

Piantchenko shared that mobile gaming is on-trend and esports in Southeast Asia before 2018 and 2017 was always traffic base. Availability of affordable smartphones led to people actually buying and playing games and thus millions of layers are increasing within one country. Esports business has evolved due to Covid as everyone while staying at home started consuming content although it has not changed much as the ecosystem is getting much smarter with tech be it production and remote production. The Covid scene has also taught us that it is not just about marketing anymore but also about giving back to the community.

Lager expressed that due to Covid, the LAN events and the offline event companies actually suffered but for the rest of the industry it is good; 70 per cent of businesses are benefitting. As lockdown started in February, they witnessed brands approaching esports as alternatives to live events and sporting events which were canceled.

Khan shared that esports is the new sport in the middle east therefore educating sponsors, people, and the government about esports is extremely important. Esports just picked up since about a year and a half and it is investing in the space. With Covid-19, esports organising businesses have gone up as everything is more accessible online. They have educated a lot of brands and are giving them new opportunities for ad campaigns, a new customer base therefore new big brands are coming up in 2021 as well. A lot of teams have been formed as the number of tournaments has increased, funding flow to their teams are getting sponsorships as well. Maybe the Middle East is behind compared to the US, however, India is picking up very fast.

Phang shared that the trend is definitely in mobile. Mobile players, teams are forming. Some of the popular games that are picking up are PUBG Mobile, FreeFire, Mobile Legends. Non-gaming brands are shifting to esports from offline to online and thus helping non-gaming audiences to consume gaming content with friends and family like any other content. By coming years they are expecting non-gaming brands to pick up the pace.

When it comes to India, esports has expanded into various horizons from localisation of tournaments, to the rise of regional content to new players, audience, esports content consumption, revenue, number of competitive tournaments and so on. 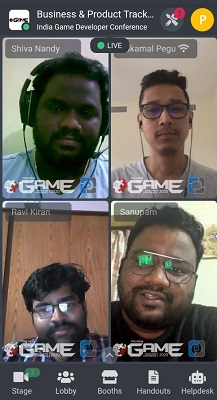 At IGDC 2020 session ‘Esports: Has esports become mainstream during the lockdown,’ India RIOT Games’ Sukamal Pegu, SKY Esports’ Shiva Nandy , Playtonia Esports’ Sanupam Samantray, shared their insights on where India is now and where it will be in 2021.

Samantray shared that for them, esports live events used to be the bread and butter and when pandemic started eventually the esports industry had a rocky start. Eventually, when everything went online it was time for the esports fraternity to do the same. So the point is when it went online things that the industry needed to focus on was how to keep the crowd motivated. The crowd is watching it live which is fascinating, however, it is not fascinating backstage. From production to streaming live to commentators’ action everything was in real-time therefore the technology had to be on point. Then slowly as online events started picking up with new tournaments the online version also started gaining traction and people also become responsive.

Nandy shared that as many new esports enthusiasts are joining in, they are actually missing the LAN tournament experience since all the tournaments are happening live, the new audiences might perceive that this is how esports tournament happens. However, things will shift again once offline events commence. He also highlighted the fact that how localisation of the Indian gaming and esports streams are accepted widely as people could connect with the regional aspect more. Even during the Covid situation, it helped them to build userbase, revenue, and so on. Valorant has been the best thing that happened during the Covid scene and it attracted a tremendous response from the audience. Fall Guys and Among Us also did really well during Covid-19 situations.

Pegu also added that the response of Valorant PC game got them much of the player base here and also got them partners like Sky esports and Playtonia esports. Since its launch in June, they received a competitive experience, the numbers surged, bringing closure to audience response. Today the audience wants more from just a game and as the popularity is rising there will be a lot more expansions, opportunities in 2021. He added, “The tremendous love and acceptance that’s been showed towards Valorant, I am optimistic and excited about the Indian esports scene in 2021.”