The Covid19 pandemic-led lockdown has totally changed the dynamics of the gaming sector last year and it will continue to do so. According to Newzoo, there are 2.7 billion gamers on the planet, and people across all ages and demographics are engaging with games—including any brand or agency’s target audience. Last year’s move to a complete digital setup has changed how esports used to function. Unlike cheering for favourite  esports teams by being physically present during the on-ground esports events,  everyone cheered from their home while watching the live stream. This has disrupted the dynamics of the market, and many of the developments that happened in 2020 which will now carry over in 2021 and even way forward. 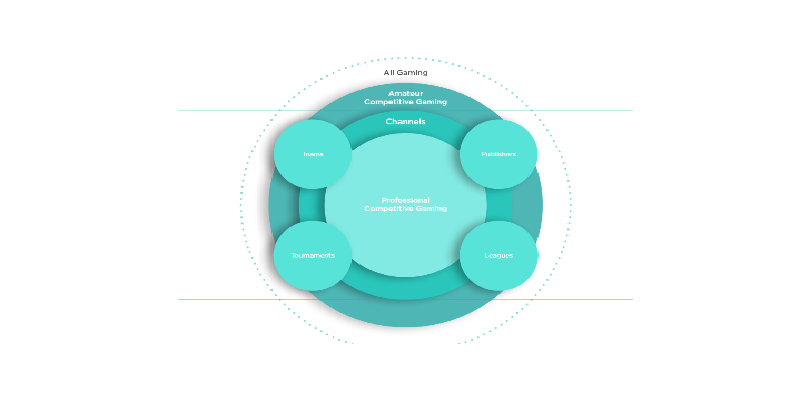 Here are the few esports trends- that has driven the industry:

-It gives organisations new assets to sell to sponsors, promising exposure and activation from pro players on the team and individual influencers.

-It provides further leverage when negotiating with platforms, where teams can ‘’bundle’’ these influencers and receive a fee for exclusivity on a specific platform.

-For the influencers themselves, it is an opportunity to leverage the expertise and back-office capabilities of a team organisation, helping the streamer to up their reach and content production and it is letting others handle more mundane or administrative tasks.

While these esports trends are setting the esports industry, one of the crucial transformations that have happened last year through esports is the rise of esports content on streaming platforms and it has further pushed game streaming content. Over the past decade, streaming has become an integral part of the wider games market. Platforms like Twitch now have such an impact that top streamers alone can almost guarantee success for some games—indie and AAA alike.

Almost all of the world’s biggest games right now can trace parts of their success to live viewership: Fortnite, Minecraft, League of Legends—and the list goes on.

Top streamer coverage alone can even supercharge dormant and new titles into some of the biggest games in the world. This is a trend we’ve seen time and time again, with some of last year’s biggest phenomena falling into this bracket (Among Us, Fall Guys, Phasmophobia, and more.)

More recently, PC game Rust—launched in 2013 in early access—has enjoyed a huge resurgence, which can almost single-handedly be attributed to top-streamer coverage.

At the start of 2020, Rust’s live viewership hours on Twitch hovered between three million and six million. In December 2020, this engagement skyrocketed to 19.2 million hours, after xQcOW streamed the game (followed by an array of other big streamers).

Apart from that, there are a huge number of streamers rising up just to promote their brands. For marketers, in particular, sponsorships with top streamers can initially be too expensive for some brands, so, many like to start with smaller streamers to get a feel for the market.Naturally, pinpointing a smaller streamer rising in popularity is the best of both worlds, allowing for experimentation and eventually a higher reach.

The narrative cohesion of a brand partnership is also vital. Certain games are more popular in different countries, and every game’s audience could be drastically different from another. If a brand only operates in South India for example, partnering with a streamer who doesn’t stream in any South Indian  language could be a missed opportunity.

While English was predominantly the language of choice earlier, it is no longer the leader in the country in every case. Live game streaming in vernacular languages has picked up pace only to prove that content consumption will only grow in the coming years. Not only that, esports organisations in India stream their esports events in various other languages apart from English.

Of course, individual streamers and the games they stream each have their own brand identity. So, if a brand’s target audience is very young people, targeting a channel filled with violent games wouldn’t work.

Energy-drink brands like Red Bull and Monster have long been involved with gaming and streamers in particular, and their efforts have worked. Compared to non-gamers, gamers have a more positive brand attitude toward both companies—in North America, Western Europe, and APAC.

Looking forward, we only expect the esports trend to amplify the demand for gaming platforms around.