The pandemic’s occurrence in 2020 upturned our lives. While it affected almost all businesses, for the esports industry, on the contrary, it turned out to be a blessing in disguise. The sector witnessed a huge growth owing to the work from the home concept coupled with the execution of the lockdown. 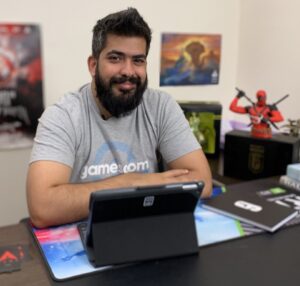 In the year 2021, the industry continues to grow significantly. Experts believe that the esports market will continue to grow in the post COVID times as well. As reported by Insider Intelligence, the total esports viewership is expected to grow at a nine per cent compound annual growth rate (CAGR) between 2019 and 2023, up from 454 million in 2019 to 646 million in 2023.

Various factors will contribute in driving the growth of the esports industry. Have a glimpse at the key five trends that will primarily shape the future of the sector in the post COVID era-

While COVID-19 was contributing majorly to the growth of the industry, the live stream of esports is the recent trend and will pick up pace in the coming times. This has been possible with the emergence of multiple streaming platforms which enable both amateurs/ pro-gamers/ Tournament Organisations to stream their gaming content in real-time. Doing so, they are not only able to share their talent with the world along with earning an income but they also build a loyal fan base and a distinct brand image of their own.

The consumption of the live stream content is rising thereby increasing its popularity. It is anticipated that the gamers will aim to target a huge audience base via the live streaming platforms. Additionally, regional language-based live steaming will also pick up pace and on the whole; all these trends will lead to increased viewership numbers. In a recent survey conducted by The Esports Club, 46 per cent of Gamers watch only Gaming Content while an additional 38per cent watch both traditional sports and gaming content. No wonder Esports is the fastest growing entertainment phenomenon.

The rewards and the prize pools are other major drivers of the esports sector in India. With the increase in content consumption and viewership, an increase in prize pools will eventually be the need of the hour.

Be it an individual or squad-based tournament, gamers have been able to earn lakhs of rupees just by acing one particular game and tournament.  It will also offer various benefits and opportunities to the gamers who are quite serious about the industry and wish to pursue their journey of electronic sports.

In fact, it is also expected that owing to the hefty rewards, many gamers have considered dedicating themselves to the esports industry full time and taking it up as a viable career option.

The US along with various European countries initiated the inculcation of esports at the high school and college levels, especially during the pandemic. In the post lockdown times, the social distancing norms continue to be followed. Hence, the esport communities and academic institutions are attempting to come up with innovative ways to educate and entertain students through esports which is one of the fastest-growing sectors.

Various educational firms have already initiated the process of preparing a curriculum and building communities around esports and video gaming arenas. They are also looking forward at organizing in-house tournaments and matches so as to boost the growth of the industry and utilise its potential optimally along with creating a cohesive environment.

Owing to the increasing trend of adoption of esports at the collegiate level, it won’t be a surprise if there will be dedicated esports colleges and courses, the availability of hand-picked coaches and trainers along with esports clubs and teams.

Owing to the growth and recognition of the esports sector, the industry is garnering a lot of attention at the global level. Various electronic sports firms from abroad are entering the Indian market and it is also witnessing increased investments. Since it is one of the dynamically growing verticals, the Indian esports sector has grabbed the attention of various venture capitalists. They are keen to invest massive amounts in the industry understanding the growth and the potential of the sector in the Indian market.

Technology will alter the working and the user experience of the segment in India. State-of-the-art technologies like artificial intelligence, machine learning, and big data will be adopted and will be used to measure and gather data on esports athletes’ performance, their interaction with the audience, and their gaming journey. The technological solutions will also help in enhancing the user experience and will aid in accordingly conceptualizing better strategies to boost the esports ecosystem.

Various brands are also stepping forward to collaborate with gamers in the esports space. They are not only running paid ads but are also scouting for creative solutions to promote their brand and services via in-game promotions, sponsorship deals with recognised esports players and teams. The industry will also continue to receive financial assistance from the capitalists and will proliferate via brand collaborations and advertisements. These trends will contribute in the increased growth and monetisation of the esports sector in India. They will re-define the industry and will collaboratively contribute in driving the growth of the sector and pave the way for a promising future of the esports industry especially in the post-COVID times.

(This article has been contributed by The Esports Club co-founder Ishaan Arya, and AnimationXpress does not necessarily subscribe to these views)