Online poker and fantasy games is set to get more expensive for the users on every platform as a group of state finance ministers set up to increase the GST and mode of taxation on casinos, racecourses, and online gaming to a unanimously proposed a flat 28 per cent goods and services tax (GST) on these activities. The group is said to have proposed that casinos be brought under the 28 per cent tax slab while the tax will be only on the amount paid at the time of buying the betting instruments at entry and not on every betting transaction. 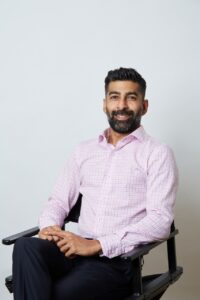 The message that has been conveyed to us on the business end of things is that the tax will be levied on the entire “face value” or “bet amount” and not on the total transaction value. To explain this to the average user, total transaction value includes the prize money, or the net commissions (revenues) that accrue to firms like mine. Having said that, these recommendations are yet to be sent to the Goods & Services Tax (GST) council for approval.

All of us wishing the fantasy and gaming community have been relentlessly lobbying for this to be capped under 18 per cent. This move into a higher tax bracket would derail the $2.2 billion industry that has 400 players and employs around 45,000 people. Currently, the GST rate applicable on online games involving betting or gambling is 28 per cent, and the rate on games not involving betting or gambling is 18 per cent. A tax rate of 18 per cent is also levied on the commission collected by the online gaming platforms for each game. Such a high GST rate will make the entire online gaming industry unviable.

It is not a complete shot in the dark to assume that taxing online gaming at the highest GST slab of 28 per cent could only cause the rise of a parallel black market and act as a barrier to attracting foreign direct investment (FDI).

How it works and the implications to personal tax:

Winnings from lottery and gambling such as poker are subject to tax. India imposes TDS or tax deductible at source, to all winnings from gambling. Under section 194B of the Income Tax Act, winnings from lotteries and games have a corresponding TDS of 30 per cent provided the amount is at least Rs. 10,000, excluding cess. The net rate after cess amounts to 31.2 per cent, without the benefit of the basic exemption limit.

For example, If someone earns Rs 1 lakh as annual income and has also earned Rs 20,000 from online gaming. His income is below the basic exemption limit which is 2.5 lakh. The person will still have to pay 31.2 per cent tax on Rs. 20,000 including cess. But after that, no Deduction or any expenditure will be allowed to be applied to any such income.

Further, in certain cases, the amount is received and held by a third party or an independent custodian on behalf of the players. The prize pool is not a part of the value of services provided by the platform. Hence, no GST is currently levied on the prize pool. Now, if the contest entry fee is taxed, then the burden increases on both the users and the gaming platforms. The barriers to entry also become high, and FDI attraction drops. This would inevitably lead to the proliferation of a parallel black market. There would be a rise in the number of illegal businesses that will evade taxes.

The Indian online gaming industry has attracted a huge amount of FDI over recent years. Everyone in the industry fears that the levy of the highest tax rate would now act as a deterrent. The market has always operated by differentiating between skill-based games and games of chance, and so far, only the gambling category has been taxed at 28 per cent. The bracketing of skill-based games with gambling is incorrect, and it should instead be compared with legitimate, content-intensive businesses such as OTT platforms.