There is no doubt that the global esports industry is thriving, especially when people are confined at home due to the current covid-19 situation. We have seen people going gaga over the popular multiplayer games like PUBG (now BGMI in India), Free Fire, Counter Strike, Valorant, Fortnite, and so on. and they are sincerely dedicating a considerable amount of time on screen. We all might agree that it is commonly considered as a male-dominated space and we hardly encounter a female gamer who is creating content and engaging with audience. But that can soon be considered a thing from the past. While initially, we just had a handful of women enthusiasts, now we see huge curiosity about professional e-gaming from women across ages, geographic locations, and socio-economic conditions. Women are increasingly becoming attracted to virtual sports, driven either by their passion or viable career option.

Recently, a remarkable number of women professional gamers have come on rise. These young gamers have set their foot strong enough to compete with their male counterparts but in a healthy and entertaining way, which promises to take the space of esports to new heights.

Here are few professional gamers collaborating, bringing new content and are engaging with a wider audience: 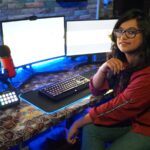 Sanjana Bhattacharya goes by the gaming name BLACKHORSE. She has been a content creator and a streamer on YouTube for almost four years now and says that it has “to be the most magical journey I have ever been on with so much to learn and so many experiences to gain.” She currently has a family of 185K+ subscribers on her YouTube channel iamBLACKHORSE and she loves to call them her team black fam. Her subscribers are my biggest supporters and they encourage her every day to get up and work two times harder than the previous day. 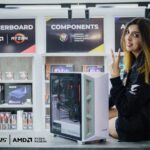 Pooja Bisht has been streaming for two years and plays PC games like GTA 5 RP, Valorant, Apex and many more. Bisht plays games for fun and has collaborated with multiple brands like AORUS, Gigabyte, Booyah, AMD. With a family of 46.8K+ subscribers on her YouTube channel, Busht wants to try BGMI and definitely wants to explore more PC games for more exposure in the gaming ecosystem. She wants other gamers to define a player with the skills and strategy they put in the game and not gender. 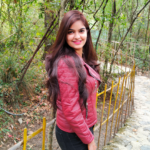 Sakshi is a 21-year-old gaming content creator, who does unboxing videos of any new graphics card in collaboration with MSI. She is also supported by Redbull. Sood also worked with Zotac as well and made some vlogs too. She recently released the first episode from a series she is making on “My journey as a gamer to a streamer”. Her future plan is to try out new games, expand her selection of games by trying out unpopular games. She also wanted to raise awareness among female gamers and encourage them to try out new games to play and stream. She currently has a family of 153K subscribers on her Facebook Gaming channel. 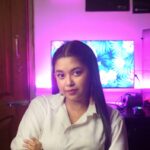 Kangkana aka Mystic Ignite is a 22-year-old gaming content creator who wants to become one of the best female esports players in India and you all will find her playing games with her followers. Known for being very talkative, one of her friends suggested her to stream and interact with the public as she loves being funny most of the times and the suggestion turned out to be the catalyst in the growth of her career. She currently has a family of 65K followers on her Facebook Gaming channel. 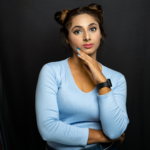 Aparna is a 26-year-old gaming content creator; she wants to explore every new game with her audience. She does content creation around everything like unboxing, collaboration with other gamers, branding etc. In a short period of time, she attracted a good amount of audience with her skills. She aims to explore each and every game in her league. She loves interacting with the audience and plays with her followers. She currently has a family of 21 lakh plus followers on her Facebook Gaming channel “Rogstream”. 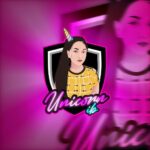 Anjali is a 21-year-old gaming content creator, she loves exploring more games and interact with her audience. She has proved to be a great example of female gamers. Despite facing online bullying on the gaming front, she continues to grow with the support of her family and friends. She currently has a family of 1.3 lakh followers on her Facebook Gaming channel.