Competitive video games are on the rise and have eventually got integrated into our culture, influencing consumers, investors, media outlets and brands towards itself. The response it receives is encouraging and is enough to indicate how powerful the gaming industry is taking shape. The love for gaming has created demand for consumption of content on streaming platforms where content creators are live, and drive an engaging session with its viewers in real-time, making it easier for both to share and connect. A new genre, with new formats with new stories every time and new voices across regions and languages adds to creators work. 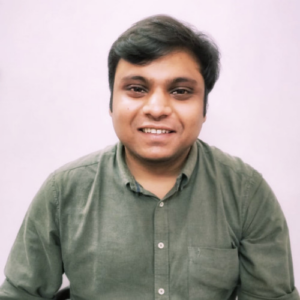 Thanks to the social component of live streaming, it has powered the explosion of investment and revenue creation. Streaming platforms like Twitch and YouTube allow followers to build a direct connection with their favorite players or teams. Social media giant Facebook also delved into game streaming and India’s own online live streaming and esports platforms like Loco and Rooter also enjoy mass following across gaming content creators in our country.

The followers of these streaming platforms or gaming content creators are mostly made up of young men who are typically in a hard-to-reach niche. According to YouGov’s gaming report, India stands out from the rest of the world with the highest penetration of gaming influencer followers both among active gamers (25 per cent) as well as heavy gamers (33 per cent). A quarter of young urban Indian males between 18-34 years follow gaming influencers in India. It is among the key reasons brands, endemic and non-endemic, both are relying on promoting their products or services by collaborating with these young talents as strategic partners. Rising investment by capitalists, and appropriate distribution networks through publishers like Garena, Krafton, and Riot are involved in investing and growing Esports in India.

The online video sharing and social media platform YouTube recently unveiled that gaming content creators dominated their list of India’s top creators this year. The Top 10 YouTube creators in India, five among them were gaming creators, including Lokesh Gamer (Lokesh Raj Singh), Total Gaming (Ajay), A_S Gaming (Sahil Rana), Techno Gamerz (Ujjwal Chaurasia), and Gyan Gaming (Sujan Mistri). This indicates that viewers are flexible and are shifting from mainstream content to gaming content. Gaming content creators are using their platform to provide rich and unique sources for storytelling and community building as they dominate with higher engagement rates. This year is also special for BGMI star Aaditya Sawant aka Dynamo Gaming as he successfully crossed over 10 million Youtube subscribers on his official YouTube channel. He has been delivering entertaining content and gameplay techniques enjoying huge viewership from his followers and has established himself as the top gaming creator in India.

Like any traditional professional sport, esports have their owners, endorsement deals, franchises, huge cash prizes for winners, merchandise and everything in between, which contributes to strengthening the esports community and supporting them to generate their annual revenues.

It was the pandemic which resulted in esports gaining popularity, but once the pandemic subdues it will only boost the opportunities to expand and host more live tournaments. The pandemic has resulted in a change in approach and consumer behavior. People have become more receptive to engaging online and increased use of smartphones, accessibility to technology and high speed internet has added to its benefit. The year 2021 has helped to form the roadmap for the esports industry to grow, especially with the announcement of Esports making its debut at the Asian Games 2022.

In future the business models will take shape through Software as a Service (SaaS), and Platform as a Service (PaaS). The gaming industry is seeing Gaming as a Service (GaaS) taking the segment to a new level.

Game streaming is coming of age in the country. The breakneck rise of this industry provides a haven for these new-age gaming content creators who have successfully established their dominance in the industry over a short span of time.