Bangalore based CG and game development studio, Grafixion in partnership with Swantha Software Solutions is working on developing its own games.

Currently two games based on Indian mythology are in the conceptualization stage. Powered by the A 6 Engine, the games are planned to be released in both Online and PC versions. 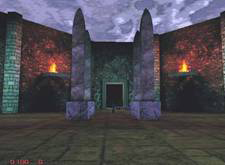 Speaking to Animation Xpress.com, Pradeep Kumar, Grafixion Managing Director shared, “Our team has been extensively researching on game development and game testing strategies since the inception of the studio. We bought a third party engine which caters to all the game development needs, and we are focusing on creating the visuals rather than developing the engine. This makes the product deployment time considerably shorter.”

Established in 2003, Grafixion has worked on ads, VFX on films and 3D engineering projects for overseas clients among others. Bangalore based Swantha Software Solutions is a relatively newer company and has fifteen members in its creative team.

Speaking about Swantha, Deepak Basavraj, VP-Operations concluded, ” Swantha Software Solutions Private Limited is a start-up with a young and amazingly creative people. We are working on couple of gaming and animation projects which are at a very nascent stage and are ready to invest our time and money on latest gaming ideas and animation to the best of our ability”