miHoYo unveils details about Genshin Impact’s latest collaboration in the Alps, one of the real-world locales that inspired the in-game area Dragonspine. As part of the celebration, Europe’s highest ski resort Val Thorens is now Genshin Impact-themed. A series of web events will also begin today, inviting players worldwide to unlock a variety of rewards and a grand Alps Waypoint Lighting Ceremony broadcast online in mid-January. 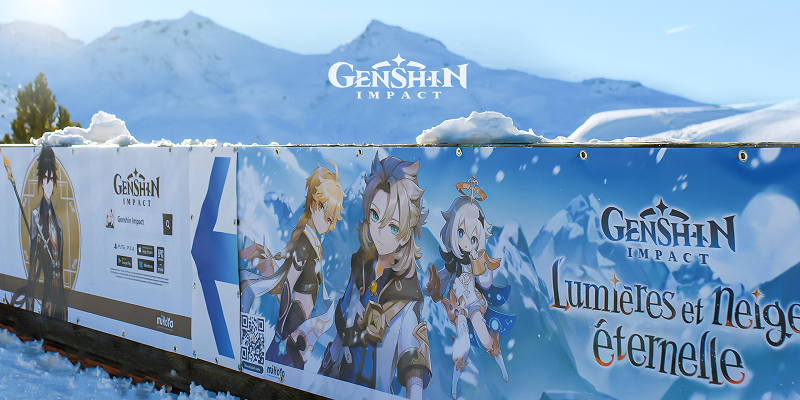 Genshin Impact is a free-to-play open-world action-RPG that brings players to the visually stunning world of Teyvat. The player takes on the role of the mysterious “Traveler” who sets off on a journey to discover the fate of their lost sibling and unveil the mysterious secrets of Teyvat along the way. Dragonspine is a frozen mountain range first added to the game back in December 2020 as its first map expansion. Covered by snow all year round, the area distinguishes itself from largely the rest of Teyvat with unique environments and creatures. In the past year, Dragonspine has seen many Travelers challenge themselves in the sheer cold and uncover mysteries beneath the permanent snow. 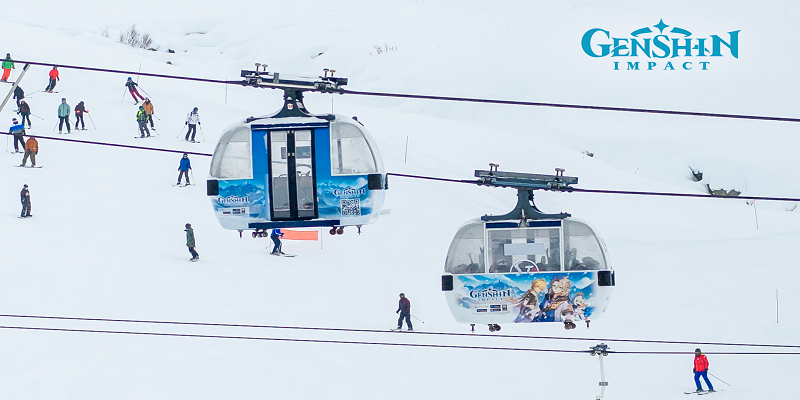 To commemorate a year full of memories in Dragonspine with players, Genshin Impact will launch a series of events that will connect players with the Alps, the marvelous mountain range and one of the real-world inspirations of Dragonspine. Visitors of the Val Thorens ski resort in the Alps can now enjoy unparalleled skiing experiences and breathtaking sceneries with a touch of the world of Teyvat in one of the highest and largest ski resorts in the real world. Meanwhile, players can also explore stunning sceneries online, and have a chance to send their wishes atop the world’s most majestic mountain range. 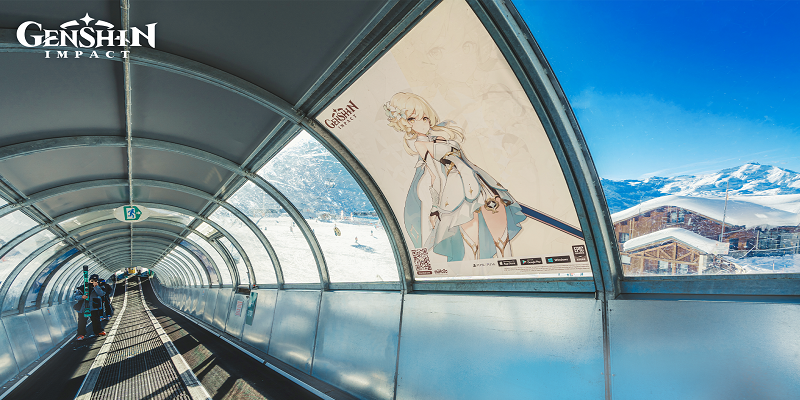 Starting today, fans and players around the world can join this grand celebration by participating in the “Enchanting Journey of Snow and Stars” web event. Players online can now help light up a special Teleport Waypoint placed in the Alps to claim various rewards and a customized photo card featuring the snowy peak and their favourite character. Those who write down their wishes in the event will have a chance to send them on the Tree of Wishes atop the Alps. Once the number of participants reaches one million, a special Alps Waypoint Lighting Ceremony will be broadcast to global audiences in mid-January on Twitch, YouTube, and VK.