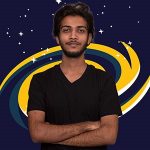 In conversation with AnimationXpress, Galaxy Racer Esports content lead/manager Kshitij “Gamestud” Chauhan shared, “After winning the tournament the whole atmosphere of our gaming house was changed with a sudden burst of happiness, joy, and pride. Two of our teammates, Golden and Vasiyo, became back to back champions of FFIC as they had already won the previous season last year.”

The Grand Finals of the FFIC 2021 Spring saw more than 200,000 peak concurrent viewers across YouTube, Facebook, and BOOYAH! The Hindi broadcast of the finals received over nine million views on YouTube.

Earlier Synergy Gaming announced on their Instagram handle that they are part of the global phenomenon known as Galaxy Racer Esports. This new Partnership will merge SynerGE and Celtz immediately, giving birth to an Official Galaxy Racer presence in India. Chauhan expressed to us, “As it has been only a couple of months since we formed the team, the primary challenge was to get everyone on the same page and having their maximum potential come out in time. Team did a great job in making an awesome brotherhood and connection between themselves and proved their team spirit by motivating and encouraging each other even when they were looking to be on the losing sides at times.This was one of the very first tournaments our team played under the banner of Galaxy Racer. It has been mere months since we formed this team so the experience was pretty new as a team but not so new for the players. As mentioned above, two of our team members had already won the previous trophy so our main goal in this competition was to win this tournament and grab the title of Champions of India.”

Team Galaxy Racer will now get a chance to represent India at the upcoming Free Fire World Series 2021 Singapore which is set to take place in May. The qualifying teams for the tournament were divided into two groups. Chauhan added, “Garena is doing a great job creating a perfect esports ecosystem for all the players and organisations involved with Free Fire. We are looking forward to participating and winning many future tournaments and events in the coming years. This has been a great beginning for our team and our journey has just begun.”