Card games are one of the favourite genres in games for the people in India. For leisure and for parties card games have dazzled every Indian occasion. Since the beginning of lockdown, card games have been consumed more online for maintaining social distancing. Globally, revenue in the Card Games segment amounts to $789 million in 2021 and the market is expected to grow annually by 5.90 per cent  (CAGR 2021-2026) as per statista report. The inspiring numbers have bolstered the card games creators to innovate existing card games with new perks as well as has inspired them to create and launch new games. Speaking of which, Malta based EvenBet Gaming is entering the Indian market with a new skill game Call Break. The game is the fourth major game in the skill-based category after rummy, poker and fantasy sports, and is a strategic skill-based game that is legal to play online in India. 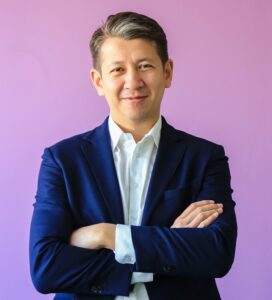 So what led EvenBet Gaming company to launch this game? CEO Dmitry Starostenkov shared with Animation Xpress, “First of all, the high demand for the gaming solutions in the market. At some point several years ago, we started to receive a lot of requests for ready to use gaming platforms and for the custom gaming software development for India. Very quickly, we have noticed that this market is growing quickly. It was turning from a chaotic black market to a true business, so it was worth making an effort and going there.”

Starostenkov has noticed that the regulation in the country fully reflects India’s passion for skill-based games and activities. Games that involve  basic tactics and strategy like in poker, rummy, daily fantasy sports have achieved great success. And Call Break fits this demand perfectly, that’s why they are sure that users will actively play this game. “It’s not exactly the trendsetter, it is a game that follows the strongest trends existing: using skills, ease to learn the rules, availability for mobile devices,” he added

Call Break is the third new skilled based card game added today besides rummy and poker and it has different game mechanics. He explained, “Once a player has received his pocket cards, he must evaluate their potential and set the most probable number of rounds he will win with these cards. The stakes are set from the beginning in comparison to poker, and the game itself requires more thoughtful decisions to be made at the very beginning. It is a strategic game that involves basic math, memory, and attention. In that way, it’s closer to rummy than to poker, and probably that’s the key to its success in Asia.”

He believes that not all RMG games are skill based. Games like blackjack are based purely on chance, also non-card casino games: slots, roulette, and so on are not skill based because when a player plays against the casino, they don’t really need any tactics and a popular phrase says it all: ‘The house always wins’. But when it comes to player-to-player games such as poker, rummy, or call break, the tactics and knowledge of the game math may completely change the end result. And the icing on the cake is that skilled-based games also help in building a community with other players as interaction is the key element.

The main target audience for the game will be the young audiences who are in their 20s and early 30s, are actively using mobile devices, and are ready to spend a few rupees to have fun and also who are hunting for new entertainment options with equal excitement and engagement for classic skill-based card games. “The game has already made a significant buzz in the card players’ community in India, and is also heavily played in Nepal and Bangladesh. It took a while to make it available for poker operators and most popular multi-game platforms in the country, so the gamers are waiting for it to become finally available. And of course, we recommend operators to offer bonuses and promotions, to use leaderboards to boost the users’ interest in the game once it’s live,” he shared.

Their goal is to create a quality and entertaining gameplay and engaging UI. In terms of marketing, Call Break is pretty much similar like the other card games, so the campaigns might be similar to rummy and poker.

Upon being asked with Call Break how EvenBet Games will generate revenue, he replied, “It’s too early to say right now, but as the game is new and attracts a lot of players’ attention, having it in the operator’s portfolio significantly increases the value of their offer. So we expect that Indian operators who will offer Call Break to their audience, will see the revenue growth due to both – new players acquisition and regular players reactivation.”

They believe the online gaming market in India is not saturated and there’s a lot of potential to grow further as there’s still room for new projects in the market, in case the legislation stays favourable in most states. They are open for new partnerships with Indian companies, to help each other grow and discover new opportunities to build a better and healthier player community.

However there are challenges. He added, “The most challenging factor is the uncertainty. As long as each state in India is free to propose its own legislation for online gaming and there is no common guidance of what is considered gambling, poker, rummy, and fantasy sports, operators may face a state ban at any moment. This means significant damage to businesses that were actively developing and growing for years. It’s what we have seen in recent years in states such as Tamil Nadu or Andhra Pradesh. Operators’ losses will definitely impact us as a software vendor. In terms of the other market specifics, we have already accumulated significant experience in India working with such online poker projects as 9stacks and PokerHigh for years, we know their audience, the players’ demands for new features, games, and designs.”