The second phase (Phase 2) of EWar PUBG Mahayudh Season 1 – the ongoing mega PUBG Mobile tournament organised by esports start-up EWar Games, has come to an end. During this phase held over a period of more than three weeks, 5000 four or five-member PUBG gamers’ teams from all across India competed against each other through five stages, i. e. Knock-Outs, Qualifiers, Quarter Finals, Semi Finals, and Finale. 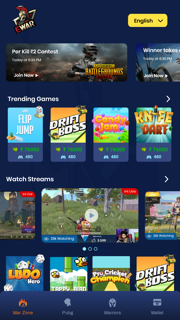 The second phase of the tournament, which was preceded by Phase 1 where top 21 ‘pro’ Indian PUBG squads had participated, posed a spectacular opportunity for relatively new or less popular PUBG enthusiasts in India to prove their mettle in terms of gaming skills. It witnessed a neck-to-neck fight between several ‘underdog’ squads to earn the top spots, and many of the amateur players surprised the audience with their strategically-crafted, action-filled gameplay during the matches.

The top 10 best-performing teams from Phase 2 that managed to earn a place in Phase 3 of the tournament are: ELMTx EZ4, xF Elites, Rising IBE, 6ix9ine, Team MAGMA, Team New Born, HELIOSx6SENSE, Lethal Gaming, Nightmare SQUAD, and The Annihilators.  EZ4\SAGE from Team ELMTxEZ4 emerged as the ‘Top Fragger’ of Phase 2 with a total of 25 Kills, followed by IRONBcap10 and MAGMAxADMINO who scored 21 Kills each. 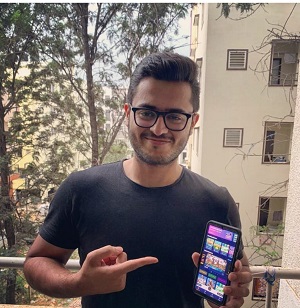 Speaking on the occasion, EWar Games founder and CEO Parth Chadha says, “During Phase 2 of PUBG Mahayudh, we experienced how fierce the competition is between the ‘underdog’ teams and their hunger to outsmart the competitors. Almost every team that entered the final stages fought till the last zone to win the much-sought Chicken Dinner, grab the healthy kills, and most importantly to secure a spot amongst the top 10. In the end, the deserving and best performing teams have aced phase 2 and proceeded to the phase 3, wherein they will be facing some of the elite PUBG teams of India, and even stand a chance to beat them. We at EWar feel extremely proud that we could provide these emerging teams a platform to prove their incredible potential.”

On behalf of Team ELMTxEZ4, EZ4deepu said, “We had a great experience and EWar’s management did an amazing job in solving our queries, etc. We are very thankful to Ewar that they gave us Underdogs such a huge platform to prove ourselves.”

Other players like IBE乛PSYCHO from Rising IBE and ELEMTxEZ4,xFElittes, Team New Born, Team MAGMA,6ix9ine,HELIOSx6SENSE, Lethal Gaming, Nightmare SQUAD, The Annihilators also expressed their gratitude towards EWar team for conducting the tournament and giving them a first-of-its-kind platform to compete with the best in India’s PUBG gaming circuit.

EWar Games’ official Youtube channel, which has been live-streaming EWar PUBG Mahayudh, crossed over 500k views during this intermediate phase of the tournament. 14 free ‘Royale Pass’ of the upcoming Season 14 of PUBG Mobile were awarded to lucky winners as a part of a contest for viewers during the final stage of Phase 2.

In the concluding or final Phase 3, the top 10 above-mentioned winning teams from Phase 2 will be joined by TSxICE (a team that has won the previously conducted EWar Underdogs Championship, hence earning automatic entry to Phase 3 of PUBG Mahayudh); thus, a total of 11 ‘underdog’ teams would be up against the 10 renowned ‘star’ PUBG squads of India, including the likes of Fnatic, OrangeRock, Reckoning, Hydra, and so on.