Globally esports has created a lot of buzz over the past decade and Pakistan is on the rise too. From world famous Tekken star Arslan Ash to recent announcement by information minister Fawad Chaudhry that globally popular Garena’s Free Fire Premier League will be held in Pakistan at the national level for the first time under the initiative called E-PAK, Pakistan’s esports ecosystem has surely taken the next big leap. The new initiative by the government will give young Pakistani players an opportunity to showcase their talent and develop their skills to become professional players, compete at the global level. Along with this, the ministry also  shared that it will work with local esports firms to attract young players. 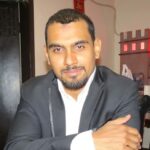 To understand Pakistan’s esports ecosystem  AnimationXpress initiated a conversation with Esports Marketing Pakistan founder and marketing head Majid Hameed and he shared that they are bringing more esports events and players to Pakistan’s ecosystem. “We have the best of the best esports organisations, teams, players, athletes, streamers and many more, on our platform our teams or players have participated and won the local/ international tournaments,” Hameed added.

Can you enlighten us on the current trends in esports in Pakistan?

As the rest of the world, current trends in esports in Pakistan are the same which include mobile and PC Gaming.

First and the fastest growing due to ease of access is mobile gaming while the rest like console and PC gaming can all be compiled together as the second.

Globally the target audience for the esports industry is youth and GEN Z. In Pakistan over 64 per cent of the population is below the age of 30 years. Pakistan is one from the list of largest young populations in the world. More than 50 per cent of the youth takes interest in gaming or in gaming content, which results in a huge target audience for esports in Pakistan.

Countries like Korea, Japan and India have turned out to become more of a mature esports market and given the current trends, South Asia will soon be the centre of such activity given the ever-increasing growth across all sectors of the esports environment.

How has covid 19 impacted the esports ecosystem in Pakistan?

As we know, many industries collapsed due to the pandemic and more people are confined to home. With reduced employment opportunities and leisure in socializing, the creation of online gaming competitions also increased the adoption of competitive gaming; however it reduced the LAN events in the country. On the other end, we can see a boost in online gaming. Soon there will be many events mostly online and talent is awaited to be explored and will have many opportunities in the esports ecosystem in Pakistan.

What are the current challenges in Pakistan’s esports ecosystem?

Esports industry has not been explored on a government level, but soon we will be having government support and involvement in the esports ecosystem in Pakistan.

Almost none of the dedicated advertising agencies and brands (except Esports Marketing Pakistan) have been paying attention to the available opportunities in esports for a long time but luckily the current situation is showing promise as Pakistan is coming in the limelight after international wins and mainstream games are investing in competitions, marketing and advertising campaigns which has now attracted the current audience as well as investors.

How is the investment scene in the ecosystem?

We at Esports Marketing Pakistan took the initiative to present innovative and interesting investment/branding opportunities in Pakistan. While getting a direct exposure to the esports theme is fairly limited, investors/brands can target countries or companies that generate significant revenue from video games and esports.

What does the year 2021 look like for Esports Marketing?

2021 seems to be up standing as we already executed many esports events with local endemic/non endemic sponsors.

Both male and female players participated/will participate in the above tournaments.

And there’s a lot of esports tournaments and events planned in the coming months of 2021 for different games like PUBG, Valorant, FIFA, DOTA and many more.

Non endemic brands are stepping into esports as sponsors. Your opinion?

Yes, non-endemic brands are stepping and taking interest into esports as sponsors which is absolutely sterling and our goal is also to bring more and more non endemic brands on board in the esports ecosystems as most of the non-endemic brands in Pakistan are targeting the youth especially the GEN Z. Esports industry is the righteous market to invest in for thousands of non-endemic brands. It will be valuable for esports as well as for the brands.

What is your opinion on celebrities (film, sports and so on) being roped in as brand ambassadors? Will it create more awareness about esports?

Yes, as it will always be favorable and they make a huge impact. When a celebrity as brand ambassador comes on board, they bring in trust and credibility factor with him/her. A lot of brands or companies have already acquired a lot of users/ fans on their social media. However, the problem that they might face is people not purchasing their products or not getting orders because of lack of trust. Hence, companies rope in celebrities to bring the trust factor so that people start purchasing the product. If a celebrity comes as a brand ambassador in esports, they will create more awareness and impact in the ecosystem as their followers and fans will start to support esports as well. We can see that online gaming is picking up steam in Pakistan and to put more focus on it, companies are roping in celebrities to promote esports. Recently Ali Zafar partnered with Garena Free Fire. And we already watched globally a lot of celebrities supporting esports as ambassadors and some of them have their own team in Esports.

Would you say that Pakistan’s esports ecosystem is still at a nascent stage?

Yes, it is – but there would be much more to come in the future as game developers or companies are coming to Pakistan, like Garena, Tencent, Riot and a lot of more international investors are looking to invest in esports in Pakistan.

Online esports tournaments are engaging more audiences in Pakistan and globally and people could enjoy esports at the comfort of their home. What has driven the interest?

Esports transforms online gaming into a spectator sport. The experience is similar to watching a professional sporting event, except that instead of watching a physical event, spectators watch video gamers compete against each other in a virtual environment at a very comfortable level. If it’s hard to imagine why anyone would watch somebody else playing a video game, just think about how enjoyable it is to watch Shahid Afridi or Virat Kohli play cricket. Just as traditional sports fans enjoy watching top athletes perform at the top of their craft, the same is true for those who watch top video gamers compete.

What are the challenging areas in the esports ecosystem that Esports Marketing Pakistan plans to solve?

The biggest challenge is government support. We are trying to get in touch with government bodies to regularize esports as part of regular sports in Pakistan.

The second big challenge is to get regular budgets from the advertisers. We are working on the brands and media houses to take some marketing or advertising budgets for esports as well, as they spend on TV, radio, digital and on print media. While it’s also a huge market sadly not yet explored by the brands or advertising agencies as much as it could be.

Esports Marketing Pakistan is working as a bridge between esports organizations, teams, athletes, players, streamers to get regular marketing or advertising budget for them from the advertisers.

What are the factors that can influence and regulate Esports in Pakistan?

Esports must be recognised as regular sports and the government should consider it as part of regular sports. There must be some zones/arenas or playing areas that may be provided for the players for practicing like we have for other sports like cricket, football and hockey and so on.

Brands and media houses should take this industry seriously and there must be some budget allocations for esports from their marketing budgets.

We are working on both these factors.

What are the current statistics of Pakistan’s esports ecosystem? According to you, who are the top esports teams from Pakistan?

With esports being a billion-dollar industry, Pakistan is slowly proving to be a major player with its vast pool of talent across various games.

Some of the top players or teams names from Pakistan are:

Where is Pakistan’s esports heading in the coming years?

The Pakistan government has launched its first initiative to support and facilitate young gamers and enter the billion-dollar-plus gaming industry.

Pakistan’s ministry of information and broadcasting signed an agreement with Singapore’s Garena and Bigo companies to pave the way for an encouraging esports ecosystem in the country of 220 million with a large young population. Secretary information Shahera Shahid and South Asian regional head of live streaming app Bigo Yuhui Zhang, signed the MoU in a ceremony virtually attended by the director of Garena – a leading global online games developer, publisher and organiser of the world’s biggest esports events.

The huge esports audience in Pakistan has drawn leading global brands to invest heavily in esports. With projected growth in 2021 expected to outpace 2020, it seems there’s no end in sight for esports.