Based on the fantasy world of tabletop trading-card game Magic: The Gathering Netflix would be developing an animated series and Brandon Routh to voice Gideon in the series as per EW.

At the Wizards of the Coast’s Magic Showcase 2021, a livestream event for players, it was revealed that Rout will voice the strong warrior-mage Gideon from the game.

As per the game, “Gideon Jura (known as “Kytheon Iora” on his home plane of Theros) doesn’t hesitate to enter combat to defend the innocent. A powerful warrior-mage with the ability to make himself invulnerable, he wields a four-bladed surral and hieromancy magic against his foes. A man of the people, he takes pride in leading his comrades towards the common good.”

He played various characters in the past Man of Steel in Superman Returns and Atom in Legends of Tomorrow , therefore, Rout described his character for the upcoming series as strong, brave one who stood up for right and so on and he also cracked a joke- “Now I understand why they hired me for this. It makes sense.”

He continued, “I am really excited about this show and really proud and honored to be a part of it. I’m a huge Magic fan. I’ve been playing since I was 16. I played many drafts over the years and have too many cards, more than I should, and also got to do a voice in a Magic MTG Arena as a different character. So, I love this world and I’m very excited to be a part of this animated series. Hope you all will enjoy it in 2022.”

The report also shares the roles of the characters for the series has been cast and all voiceover performances have been done however none of the other characters were revealed except for Gideon. There will be familiar story beats, characters and there will be fresh faces, situations, and a brand-new story. Here is a sculpt of the actor’s Gideon which was also revealed. 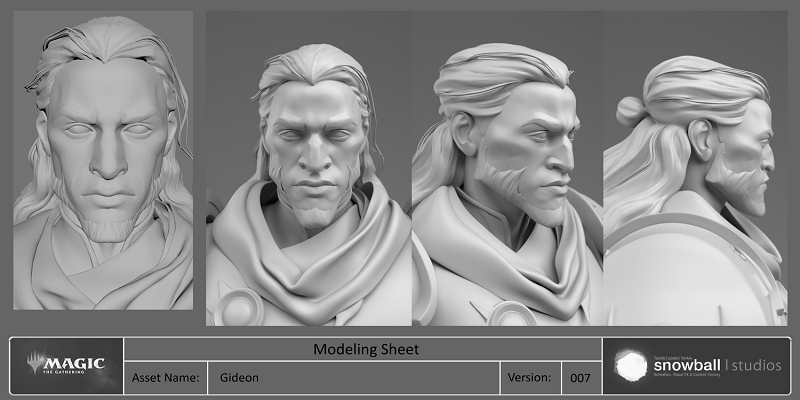