Some video games are intuitive while others have a massive learning curve. We have all picked up a new game and knew early on whether it was going to be a familiar go-to or one that would see us struggling mightily before we asked for a refund. If you are not a seasoned gamer but would like to become more familiar with esports and the most popular video games on the planet then this list is for you.

Below we talk about those titles that are relatively easy to learn and won’t leave you exasperated as your confusion builds at about the same rate as your anxiety level. No, these are games for players of all skill levels and will allow you to immediately participate while learning the more subtle nuances at the same time. Let’s identify a few of the best esports games for those who might feel a bit overwhelmed at the prospect of playing against advanced competition.

Graphics: Video card must be 256MB or more and should be a DirectX 9-compatible with support for Pixel Shader 3.0

If you see CS:GO then you will know right away those are the call tags for Counter-Strike Global Offensive. This is game epitomizes the shooter genre and it’s easy to pick up a pistol and start blasting the bad guys away. You will be paired with four other players as it is a five-v-five of terrorists versus counter-terrorists. You can choose a variety of weapons as they become available throughout the game and although it is easy to learn, it is difficult to master.

Multiplayer esports games, like CS:GO, have become increasingly popular due to the exorbitant prize money for the professionals who play these games and the millions of fans who watch them remotely. In this year’s CS:GO major championship, there will be $2 million up for grabs and even the bookies are getting in on the action. You see, there are several betting platforms for esports games because fans want some skin in the game. It allows people to put their money where their mouths are and the best online sportsbooks routinely offer the major esports tournaments on their betting menus. 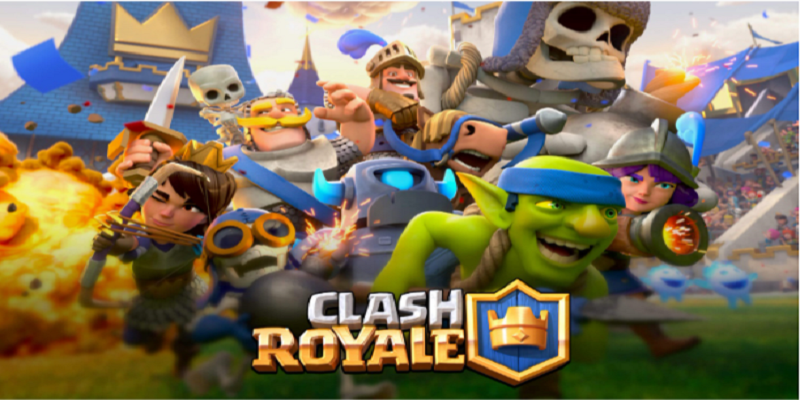 You will have to have an operating system superior to Windows Vista (Windows XP, 7, 8, 10

You will have to have at least one Open GL 2.0 processor CPU at least

With only 1 Gb of RAM on your PC, you can play Clash Royale, but it is recommended to run it with 2 Gb of RAM

This is a card-based game whose characters spring to life on your mobile device but if you want to run it on your PC then you must have an Android emulator like Bluestacks to make it work. Okay, enough of the techie stuff, what about the game itself?

Well, it is extremely easy to get cooking on this one as you have dozens and dozens of characters available all with special skills, strengths, and weaknesses to choose from. You pick eight to form your battlegroup with the object of the game to destroy at least one of your opponent’s three towers. Each game is three minutes but if the number of towers standing on each side is even then there is a two-minute sudden death overtime. It’s great fun on your mobile or PC, so make sure to pick this one up!

Rocket League is simple to learn, easy to get started, and fun from the moment you begin. The best way to describe it is soccer meets NASCAR (if the cars could float) and the goal is to score by putting the ball into your opponent’s net.

That’s all there is to it but you will quickly learn the difference between playing a newbie and a veteran. There are plenty of tricks available to get these cars to strike the ball in just such a way so the shot arcs ever so neatly into the back of the goal.

If you are brand new to esports, this title should be the first one you grab because it will show you how effortless if it is to get in on all the action. As you become more accomplished you will level up and move into different leagues within the game. But that comes after a bit of training so take it slow and enjoy the ride!