After the successful first run of the British Academy of Film and Television Arts (BAFTA) in India, they are back with the second edition of BAFTA Breakthrough India. GOQii CEO and FAU-G investor Vishal Gondal has also joined the initiative as a supporter for gaming to amplify the message, recognise the talents in the field and support the craft. 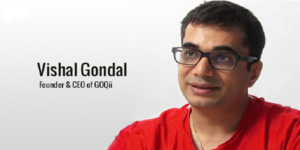 This year’s edition of BAFTA Breakthrough is supported by popular OTT platform, Netflix and it aims to work with local cultural bodies and experts in each territory to provide bespoke support to stories and voices from diverse cultures. The initiative provides opportunities for emerging talents, across films, games and television, for further growth. It has been continuously supporting the ecosystem to stay connected and be creatively inspired through digital events and networking opportunities even during the COVID-19 outbreak.

“The initiative is committed to driving positive changes in the entertainment industry – beginning with welcoming diversity and realizing its vision of cultivating a more inclusive industry, where any talented person, regardless of their background, can achieve their dreams and have a fulfilling career. This year BAFTA has also included choreographers and costume designers as a profession across films, games and TV categories,”  Gondal added in conversation with AnimationXpress.

Talking about joining BAFTA Breakthrough this year, Gondal shared, “When BAFTA Breakthrough – a massive global and one-of-its-kind vessel promoting new talent – got in touch with me and I was beyond thrilled to be a part of its ‘Breakthrough Supporters.’ By representing Games, I will be lending my guidance to the initiative in navigating the bubbling sea of talent in India’s gaming industry, offering mentorship and spreading the word about the programme within the industry.”

Gondal will be working alongside musical maestro A.R. Rahman who is also the Breakthrough ambassador for India for a second year. There will be other supporters representing each craft – film producer Guneet Monga for Film; actress Ratna Pathak Shah for TV; while Gondal will be serving as a supporter for Games.

“India is a melting pot of diverse creative talent. By collaborating with Supporters, BAFTA’s Breakthrough Initiative aims to amplify its message within each craft as well as explore its creative industries,” Gondal opined.

The application for BAFTA Breakthrough has been open since 19 October 2021 and will be closing on 6 December 2021. The ‘Breakthroughs’ will be announced later in 2022.

There are various features in a game and there are particular features which will get a brownie point from Gondal. Gondal shared, “Since games are interactive experiences, I am looking for the participants’ ability to develop a captivating world with fresh concepts, tropes and themes that can engage a player by building empathy. I am also looking for games with a visual and audio language that creates an immersive and entertaining story narrative. Furthermore, every innovative game offers a distinctly authentic player experience to the gamers.”

Gondal believes that in terms of quality and innovation, several Indian games have stolen the spotlight. Due to the rich cultural storytelling and vast imagination, making comparisons is tricky. They will be judging games made by Indian studios for the Indian or global market. Their endeavour is to help any emerging talent in India – who has contributed to the gaming industry across the world.

All Breakthrough participants will be selected by BAFTA Breakthrough Jury based on talent, merit and the selection criteria. “The judging criteria for games will be at the discretion of the jury, which comprises select industry leaders in the film, games and television categories, chaired by the jury chair, with BAFTA representatives in attendance. The jurors will meet privately on an agreed date and time, to discuss opening and access each applicant’s profile across all of the three craft areas. BAFTA recognises that individuals working in certain disciplines, such as games, do not routinely have traditional showreels so we also accept:

Showreels submitted at the time of application are used to give the Jury a sense of the candidates’ work to date,” Gondal shared.

Gondal expressed that India – with its talented pool of artists, coders, designers and game developers – has delivered various games that have created wonders on the Indian gaming front, for example games like Raji: An Ancient Epic. Shruti Ghosh, who was a part of the development team of the game was also a participant of BAFTA Breakthrough’s debut programme in India last year.

Gondal also believes the country’s robust and booming IT sector is one of the most vital driving forces of the gaming scene which is becoming a competitive landscape. “While still young, it doesn’t fail to show its potential by undergoing constant evolution; from new genres, unique gameplay, characters and artwork, Indian-origin games have started massively attracting users – old and new. A paradigm shift witnessed in the Indian gaming industry is the fresh focus on game development. In the past two to three years, countless game development companies have come up, creating their own intellectual properties (IPs) in games. With one of the world’s largest youth populations appreciative of the gaming scene, India is expected to become one of the world’s leading market destinations in the gaming industry,” he added.