Real money gaming is transforming at a comet speed. Especially games like Rummy and Poker are reaching heights in terms of user numbers and also in terms of money invested in real money games. 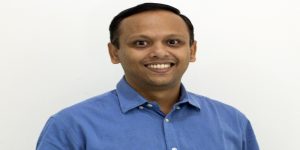 In conversation with AnimationXpress, Adda52Poker CMO Krishnendu Guha shared, “2020 has been great for online gaming and we have also witnessed around 12 per cent growth in our daily active user which started around March third week. The lockdown opened up the gaming arena for a lot of people as that was the only form of entertainment left. The biggest challenge was the social stigma associated with any real money gaming despite Poker being a game of skill. Earlier people were reluctant in playing games that involved money but in this lockdown they started trying real money games and that helped change the mindset to a great extent.”

To make real-money gaming advertising safer and more responsible The Advertising Standards Council of India (ASCI) has introduced guidelines .The government, via the Ministry of Information and Broadcasting, The Department of Consumer Affairs as well as Ministry of Electronics and Information Technology, has given ASCI guidelines support and backing to comprehensively address growing concerns about the potential misleading and harmful advertisements in the sector.

The guidelines are as follows:

The guidelines are effective from 15 December 2020, and are applied to advertisements that are legally permitted. According to Guha the guidelines will help, in driving the communication, the right way. “This way the messaging to your audience is clear and people are aware of the risks involved. It is just similar to any disclaimer notice that involves money like buying mutual funds.”

As the IPL season is going on, many fantasy sports platforms are maintaining the rules to roll their campaigns. However, many still have the notion that these ASCI rules are not followed properly by the organisation, instead they are following some alternatives in terms of rolling commercials and campaigns. Guha expressed, “ASCI has proposed some guidelines which we were following strictly like putting up a disclaimer on every promotional content including videos. It is very important for every organization to mention a disclaimer rather than finding out alternate ways. We are also not trying to find out any alternate methods to promote our campaigns.”

In fact, to follow the guidelines, Adda52Poker is following three level checks to ensure that the new advertising guidelines are followed. The first check is done at the content creation level, followed by when the creative is done, and then finally at the execution level.

There has been a zephyr of information lately that games like rummy and poker involve money hence they are considered as gambling. When we asked him why, he replied, “The true reason for this really goes back in history where Pandavas lost everything in a game that was played with money. That became a social stigma and we were also told in our childhood that anything that is played with money is gambling. The skill factor of a game never existed or was never considered. I think that perception has started changing slowly and people have started realising the difference between a game of skill and a game of chance.”

Moving on they intend to carry forward the growth that they have seen in 2020 and they are focusing on product and technology as well apart from marketing campaigns. “Our focus is more on growing the poker category as that’s what will mainly drive growth. The awareness of the real money gaming ecosystem is much better now (thanks to lockdown) so category growth becomes the main focus. We will focus on campaigns that will educate users more about the game since its niche category, unlike other real money games,” he added.