9Stacks, 30 days long Leaderboard promotion as Godzilla contest which started from 1 July till 31 July 2020 came to an end. The players won the leaderboard prizes  by playing  50/100 and 100/200 stakes (Holdem and Omaha). 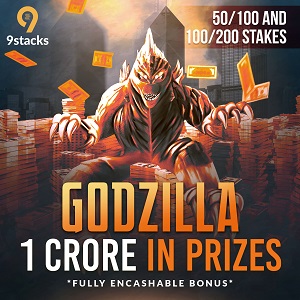 9Stacks CEO and co-founder Sudhir Kamath, says, “This has been the first time when we conducted the giveaways of such a large amount in a single month, and probably the highest in the overall gaming industry. The promotion was a big hit and has seen overwhelming response amongst the players. July promotion increased the engagement levels on the platform and we plan to bring similar promotions in the future as well. Our aim is to ensure that the players enjoy their time while they are on the platform and winning huge amounts of money is like an added bonus.”