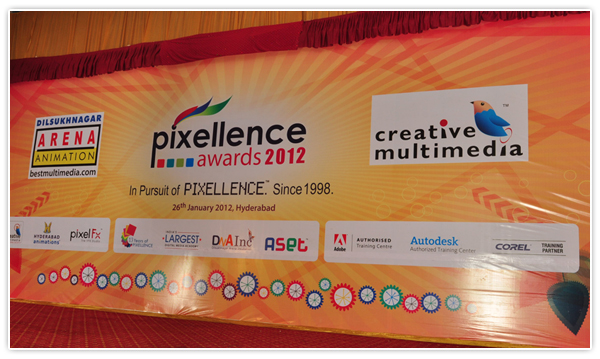 India’s trained Digital Media students competed passionately with each other for 31 prestigious awards in various categories of Animation, VFX, Web and Graphics at Pixellence Awards-2012 held at Hyderabad on Thursday, the 26th of January, 2012 from 4 p.m. to 8 p.m. The Pixellence awards instituted by India’s Digital Media Academy, Dilsukhnagar Arena, are aimed at recognizing, honouring and encouraging outstanding talent in Digital Media Education. 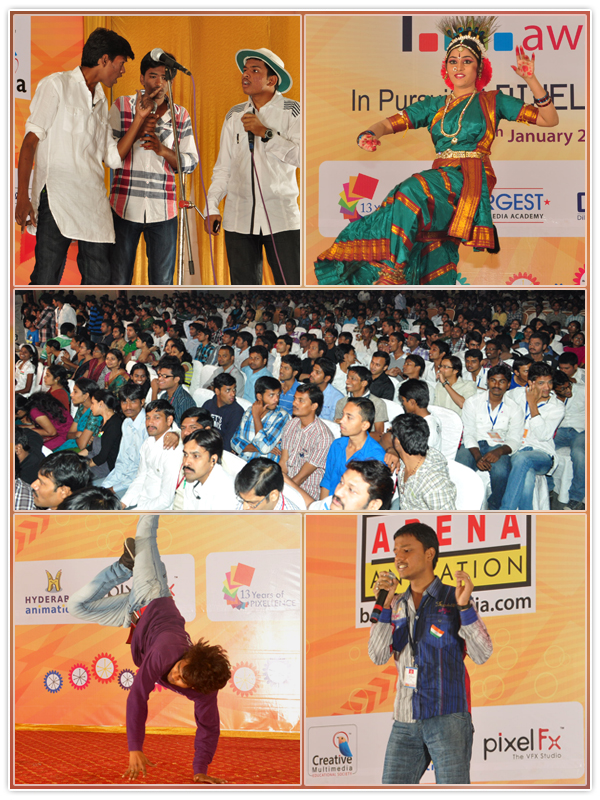 Speaking to AnimationXpress.com, Raja Sekhar Buggaveeti said, “I am elated with the overwhelming response to the Pixellence Awards and it is immensely satisfying to note that Dilsukhnagar Arena continues to inspire students towards pushing the boundaries of excellence and help students evolve into competent and industry-ready Digital Media Talent.” Earlier on, Pixellence 2012 got rolling with a devotional hymn and the customary address by the CEO of Dilsukhnagar Arena, Raja Sekhar Buggaveeti at 4 p.m. on Republic Day at an auditorium in uptown Hyderabad. A string of performances by students and staff of Dilsukhnagar Arena ensured that the audiences were glued to their seats and enjoyed every moment. 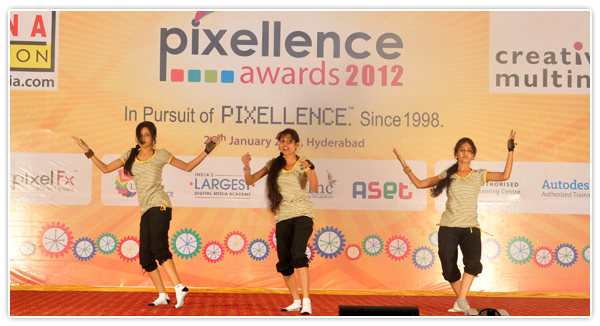 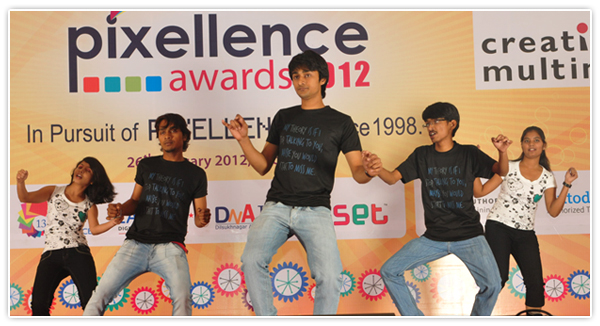 True to the spirit of the celebrations and on par with the excitement created by the previous edition in 2011, Pixellence-2012 turned out to be an entertainer with peppy performances including dance, songs, comedy and plays. 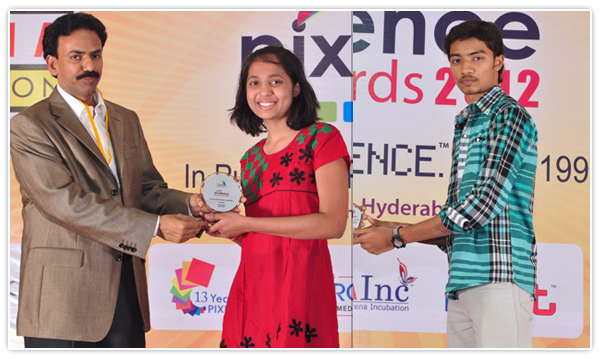 As the celebration peaked with the awards ceremony, Raja Sekhar congratulated all the winners of the Pixellence Awards-2012 and thanked everyone for attending the celebrations and making it a success. 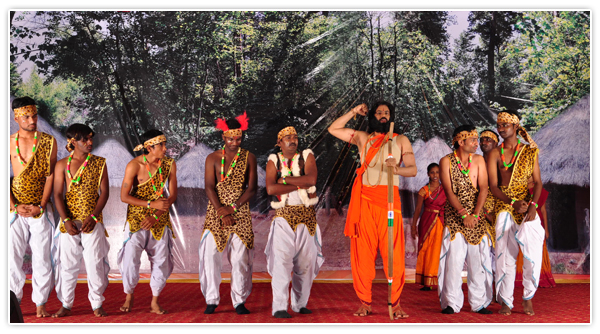 The highlight of the celebrations was the special appearance by the CEO of Dilsukhnagar Arena, Raja Sekhar Buggaveeti as the legendary freedom fighter Alluri Sitarama Raju. Donning fiery saffron robes, wearing a hefty beard and wielding a bow and arrow to be true to the revoultionary’s trademark attire, Raja Sekhar kept the audience spellbound all through the performance of the patriotic song ‘Telugu Veera Levara’ which lasted for about 10 minutes. connect@animationxpress.com