BRING YOUR BEST WORK FORWARD – ENTRIES ARE NOW BEING ACCEPTED FOR THE COMIC CON INDIA 2013 INDUSTRY AWARDS TO BE GIVEN TO THE BEST COMICS/GRAPHIC NOVELS, ILLUSTRATED BOOKS AND CREATORS OF 2012. 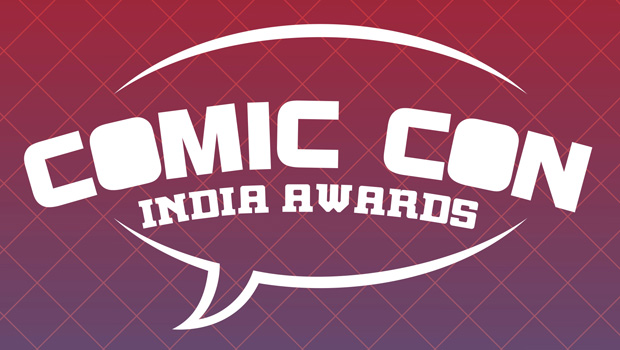 The 3rd Annual Indian Comics Convention is to be held at Dilli Haat from February 8 – 10, 2013. Comic Con India established in 2011 is country’s only platform which gives boost to the comics and related industries in India.

Comic Con India Awards is an initiative of Comic Con India. CCI Awards aim to recognize the work of all the professionals of India’s Comics Industry. It’s an attempt to bring into focus the novelty of this art form and acknowledge the efforts of numerous writers, artists & publishers in this field.

Jatin Varma, Founder, Comic Con India, says, “CCI Awards aim to recognize the work that the professionals in India’s Comics Industry do.  This is where we honor and felicitate the best Indian Comics and Comics Creators, and give them the recognition they deserve, among their peers.”

Jatin added, “For the awards we are accepting nominations now and am sure jury will have a tough time deciding. Other than the competitive categories we have a special LIFETIME ACHIEVEMENT AWARD given by Comic Con India. Last year at the 1st CCI Awards, it was given to Mr. R.K.Laxman and this year we will be giving the award to the iconic Indian Cartoonist, Padma Vibhushan Mario Miranda who is no more with us for his exemplary contribution to the industry.”

NOMINATIONS WILL BE ACCEPTED IN THE FOLLOWING CATEGORIES:

Entries should be sent to Comic Con India Office. The deadline for receiving the submission is JANUARY 1ST, 2013.