Graphic India and POW! Entertainment announced today the launch of a new superhero creation from Stan Lee, co-creator of some of the world’s leading superhero characters (Spider-Man, X-Men, Fantastic Four, Iron Man, Hulk, The Avengers, and many more) entitled “Chakra the Invincible,” on Rovio’s ToonsTV, a streaming video platform. Chakra is available today to audiences around the world through the 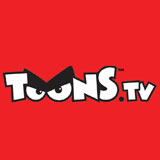 immensely popular Angry Birds game apps, at Toons.TV and on selected connected devices. The new series of animated shorts, which were created by Graphic India and POW! Entertainment, are available globally in English and will also be released in Hindi specifically for the Indian market.

“Angry Birds! How about ‘Angry Stan’, I can’t win at that game! Well, at least if Rovio is going to keep making a game I can’t beat, they were nice enough to feature one of my unbeatable new superheroes – Chakra The Invincible! on ToonsTV” said Stan Lee, brimming with enthusiasm as he added, “Against the spectacular backdrop of the great Indian metropolis of Mumbai, we tell the incredible saga of Chakra, one of my latest and most exciting superhero creations, whose adventures will captivate audiences around the world.” 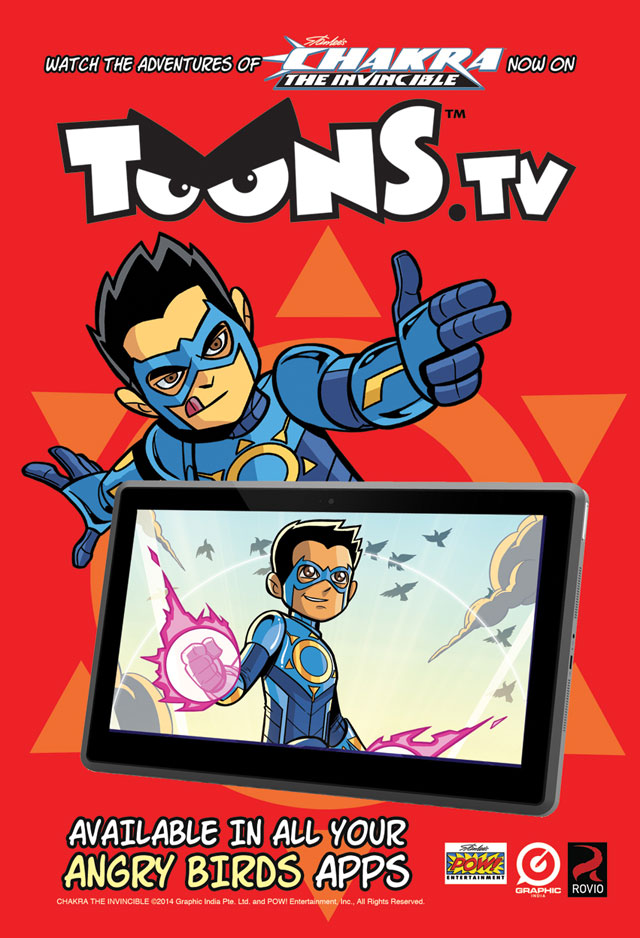 “Our ToonsTV channel just passed 2 billion views and what better way to celebrate than bringing our fans around the world a brand new hero created by one of the greatest storytellers of our generation,” said Rachel Webber, Vice President of Video for Rovio Entertainment.  “We’re also thrilled to work with Stan and his team to showcase the remarkable creativity of our fans.  Fans are at the heart of everything we do at Rovio, a core principle inspired by Stan’s amazing achievements over the past half century.”

Created by Lee, POW! And Graphic India, “Chakra – The Invincible,” tells the story of Raju Rai, a young Indian boy living in Mumbai. Determined to unlock the secrets of human potential through science, Raju and his mentor, the scientist Dr. Singh, develop a technology suit that activates the mystical chakras of the body. When Raju accidentally activates the suit, he discovers he has superpowers and vows to use his newfound abilities to protect the city. Using his amazing powers, Chakra must save the city of Mumbai and the world from such super villains as -THE SHATTERING STEELFIST, KILDUNE, THE DESTROYER, AGNI, THE LIVING FLAME…and the most evil villain of them all, the MERCILESS, BOSS YAMA!

“Rovio has done an excellent job at building the Angry Birds universe and POW! Entertainment is excited to partner with such a strong story-telling engine to continue to build the universe of one of our newest superheroes, Chakra: The Invincible,” said Gill Champion, President and CEO of POW! Entertainment. “We can’t wait for our fans to be able to connect with Chakra no matter where they are in the world through the ToonsTV platform.”

“Stan Lee and Rovio – what a perfect fanboy dream come true! When two of the biggest creative forces in character entertainment come together, there is no doubt it’s going to be fun for audiences around the world!” addedGraphic’s Co-Founder & CEO, Sharad Devarajan. “We are so thrilled to be working with the amazing team at Rovio to bring the adventures of Chakra to the digital screen across their unbeatable ToonsTV platform!”

Both parties also hinted today that Chakra-fans might soon get a chance to get creative and influence the outcome of one special episode, stay tuned for more info on the Chakra Facebook pagewww.Facebook.com/ChakraComics which will also be releasing Chakra comic book pages for free.

In addition to the partnership with Rovio, Chakra the Invincible was recently launched on Cartoon Network India as an animated film. Beyond animation, Graphic India is also releasing comic books, games, toys and merchandise based on the superhero.